My cooking journey through uni

Nothing forces you to learn how to cook quite like moving to university and having to fend for yourself for the first time. Having made a few meals before I moved out I naively believed that I was already great at cooking, but I was soon humbled when I found myself googling how to fry a vegetable in freshers week. I’m not saying that I’ve become an expert chef over the last few years, but I’ve come a long, long way from where I was.

I have to give myself credit for not surviving off of ready meals and takeaways in my first few weeks in halls, I did at least attempt to cook for myself - the results were just sometimes questionable. I distinctly remember eating some of the worst pastas of my life during freshers week as this was something ‘I knew how to cook already’. The biggest game changer I discovered in first year, embarrassingly, was that I could include seasoning in my food. Once I learnt what garlic purée was I don’t think I made a single meal without it. Whilst most of my meals still consisted of either rice or pasta with various vegetables, I slowly began to at least diversify my flavours slightly more.

In second year I began to care far more about the meals I was making. Having got into food TikTok in a big way during lockdown, I couldn’t wait to get back to uni and try out all the recipes and tips I had learned. Having grasped the basic principles of cooking the year before, I started to become a lot more experimental with my meals. One thing I discovered is that I cannot follow a recipe - I never seem to buy the right ingredients and I don’t really believe in measuring things out. This meant that whilst most of my cooking involved guesswork, I ended up creating some recipes of my own (though I couldn’t tell you the quantities of anything). As this year involved a lot of staying in the house, cooking became something I genuinely enjoyed rather than just a necessity.

I wish I could say I have maintained this passion throughout my third year at uni, but having been a lot more busy I have had to resort to faster meals a lot of the time. However, when given the chance I still love to cook. Though less frequently, I have continued trying new combinations and have hugely expanded the ingredients I use. Being in my most spacious uni kitchen so far has also helped.

So what have I learned during my time at uni?

Mostly that learning to cook isn’t that hard, it just involves some trial and error. I’ve never been one to religiously follow instructions, but my largely experimental cooking style hasn’t failed me so far. Whilst I still don’t claim to be any kind of culinary genius, I think eighteen year old me would be proud that I no longer have to google how to cook almost every one of my meals, and that I’ve managed to make it through the last three years with (mostly) successful results. 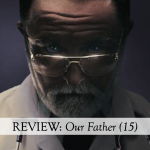 Our Father: the documentary detailing fertility crime and horrors

The best vegan food in Newcastle 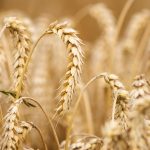 The impacts of the Ukraine crisis on food production 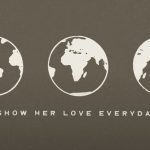 Where is Fashion Sustainability Heading in 2022? 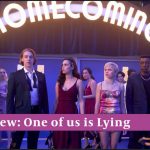 Review: One of Us Is Lying-

Down the loop-hole: Why Scotland's proposed bill fails to fully ban fox hunting

Don’t stop me now! Why it feels like university has just begun
Copy link
CopyCopied
Powered by Social Snap