Over the course of the last eight months, the Muslim minority in the Rohingya region of Myanmar have faced what the UN has deemed to be ‘textbook ethnic cleansing’. This has forced the political world to look again at their own pledges and commitments to human rights. According to Médicins San Frontières International, at least 6,700 Rohingya Muslims died in the first month of attacks. For Britain, Foreign Secretary Boris Johnson has travelled the 5,300 miles to Myanmar to meet with the disgraced Aung San Suu-Kyi over tea.

We are forced to question Johnson’s sincerity in his plea for reconciliation. Firstly, not once in his visit did he accuse Suu-Kyi of her inaction. Secondly, he has not called on the UK government to openly agree with the UN in calling it ‘ethnic cleansing’. And lastly, there is the issue of Johnson’s ‘Machiavellian manoeuvring’. Myanmar is a hub of British trade abroad, with the government’s own trade website emphasising the importance of exports to the nation due to its land borders with the rest of Asia. Due to this trade with EU nations, Myanmar’s economy is the second-fastest growing in the region after India. Has this anything to do with Johnson’s silence?

I understand the frustration of seeming to do nothing

So, with diplomacy in the hands of a clownish opportunist, some have been touting the idea of military intervention. For, they say, how is thisethnic cleansing different from the Holocaust in the 1940s? It was easy to intervene in World War Two, because our sovereignty was directly threatened. We intervened against Saddam Hussain only because of the sycophantic nature of the Bush-Blair relationship. Military interventionism in the Far East is not the answer in this instance for much the same reasons. As Iraq and Afghanistan have shown us, the nature of warfare has changed and the ‘removal’ by force of a leader we dislike leaves a void waiting to be filled by something worse. I am no expert on foreign policy, and I understand the frustration of seeming to do nothing. I do not know the solution. But, we as a people can do our part. A change.org petition to remove Suu-Kyi’s Nobel Peace Prize has, at the time of writing, reached 437,00 signatures. While taking away the accolade will do little to effect events on the ground, it will act as a symbolic denouncing of Suu-Kyi, on an international stage where one’s reputation is all that matters.

The recent massacre and displacement of Rohingya Muslims in Myanmar has seen a new humanitarian and political crisis arise in a region only recently stabilised. Boris Johnson being there means nothing and his movements are already well documented. His gaffes have rightly been ripped apart by the press. However. the real focus should be on what we can do. What is the right path for us to take? Economic sanctions? Travel bans? Military intervention? Or perhaps even nothing, as does any Western state hold any credibility in being ‘morally right’?

I counter all these questions with another, what would be the final straw be? What would need to happen for us to justify a moral case for war? Children murdered? Done. Pregnant women? Done. Elderly? Done. People are being buried in mass graves, piled high and left to rot. The Rohingyas are left defenceless against the states weapons. Words will not protect you from a bullet. Political action won’t stop them butchering innocent people in the night. Ask someone whose seen their family shot down and their house burnt to ash, ask them what we should do? I’m aware of my emotive language, but none of this is sensationalised. Read the news, listen to what the Rohingyas are saying.

Boris Johnson being there means nothing

Tony Blair’s lasting affect has been to neuter us in terms of military action. We’re too afraid to act as we don’t want to be seen as interfering in a sovereign state’s affairs. We don’t want to start a war over a lie as Blair did. We don’t want be Imperial Britain again.

I am for military action, however, I’m not proposing a full invasion or an overthrowing of the state. A coalition should form of the states that border Myanmar, such as Bangladesh. This coalition would push into Myammar claiming a certain amount of territory and from there the Rohingya can flee to safety. From this point a dialogue can open, being that the coalition would retreat and relinquish all land back to Myammar under the condition that the Rohingya be left in peace. From there the healing process can hopefully start, but this is all naive thinking from my mind.

I hope for a resolution soon but too often we stand by as atrocities happen, as seen with the deaths of Rwandan people in 1994. Inaction means we are just as culpable as those who are in the process of murdering their own people. Wake up. 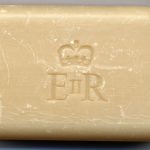 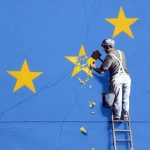 Brexit: the grass isn't greener, but Britain should unite 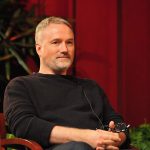 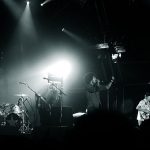 Rage Against The Scalpers 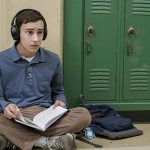 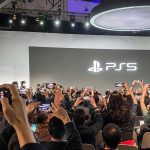 PS5: is Sony gearing up for a big reveal?
Copy link
CopyCopied
Powered by Social Snap