The age-old adage would have you believe that by drinking too heavily on the regular, you’re actually harming yourself in the long run by killing off brain cells. In order to assess this claim, we’ll need to understand how it affects the body.

We’d best get to the bottom of this too, because there are some pretty horrific statistics when it comes to students and their bevving. On average students spend 741 hours per year drinking, which translates to 93 full days of uni over the course of the typical degree. They spend 6 hours and 20 minutes on the average boozing spree, and will part with £16 per night. Rather tragically, 85% of students will also buy bottled drink costing as little as £1 every week.

"On average students spend 741 hours per year drinking, which translates to 93 full days of uni over the course of the typical degree"

Because alcohol is absorbed straight into the bloodstream, it can travel through the body very quickly and easily. Of course we’re interested in the brain, in which alcohol specifically acts on neurotransmitters. Put simply, there are two types of neurotransmitter known as either excitatory, in which case they stimulate brain activity, or inhibitory, which do the opposite.

Booze upregulates the effects of GABA, an inhibitory neurotransmitter, which results in the slurred speech and sluggish movements typically associated with heavily inebriated people. Additionally, glutamate is downregulated, which also results in other physiological processes slowing down. What you may have tangibly noticed is that imbibing alcohol also raises the levels of dopamine in the reward centre of the brain, giving you that euphoric feeling after a cool lagery swallow.

While it won’t kill off your brain cells directly, there certainly are well-documented ill effects resulting from long-term alcohol exposure. Neurons, the nerve cells required for communication of signals around the body can become damaged, which impedes their ability to process information properly which can lead to problems controlling thought and movement. Thankfully these problems can largely be repaired with therapy. Long time Courier fan and binge-drinking enthusiast Ciara had this to say: ‘At twelve pints in I feel the smartest I’ve ever been!’ The Courier extends warm thanks to Ciara for her input.

There is one specific instance in which alcohol can become partially responsible for loss of brain cells, however. Long-term alcohol dependents can develop a disorder known as Wernicke-Korsakoff syndrome, which can lead to memory problems, lack of muscle coordination and even death in some cases. Before you hurriedly throw away that crisp pint of Diesel, dear reader, please be aware that it’s actually a lack of one of the B vitamins, thiamine that causes this cell death.

Because severe alcoholics are usually malnourished, the effects of alcohol consumption, which affects how their body absorbs the vitamin, can exacerbate this vitamin deficiency. So while the alcohol in and of itself isn’t doing the killing, it can be a contributing factor in these cases. In fact, given the dietary state of most students, it might well be worth bearing this in mind. 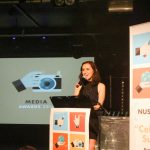 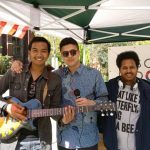 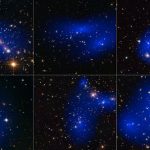 Delving into the darkness 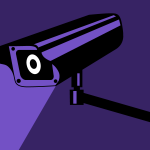 A humanless experience: are we happy just to interact with robots? 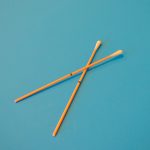 Could at-home testing be a gamechanger for detecting cancer? 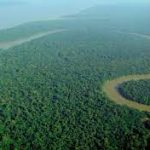 Increased risk of bacterial diseases due to Amazon deforestation 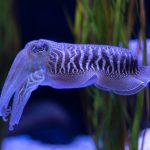