Charlie Isaac reviews the mighty Pixies at the O2 Academy

The atmosphere was thick with excitement in the O2 Academy on Saturday night. The crowd could be divided almost evenly into two categories: younger indie types, likely experiencing the proto-grunge legends live for the first time, and the older original fans who, if born nearer the turn of the millennium likely would have fit nicely into the former category. I had to wonder how many people managed to purchase tickets at the original price however; the show sold out in minutes, and resale tickets predictably appeared online for double the price soon after. But I digress.

Swedish-based rockers FEWS kicked the night off in style. A surprisingly unknown support for the likes of Pixies, FEWS nonetheless had no problem grabbing the crowd’s attention and refused to let go. Singer/guitarist Frederick Rundqvist’s wailing, reverb-laden vocals fit their refreshing style of psychedelic post-punk remarkably well, while the combined force of duel guitars layered well-executed riffs, reminiscent of a surreal Strokes.

"Perhaps a touch self-indulgent for a support act"

The four-piece weren’t afraid to move around either, with Rundqvist regularly contorting backwards mid-jam. Nor were they afraid to make use of the lighting rig, incorporating prominent strobe effects and plunging the entire room into darkness numerous times. Undoubtedly this was most dramatic during the set’s final song ‘Ill’, which featured an extended, shoegazery outro, massively increasing in intensity over the period of a good five minutes. Perhaps a touch self-indulgent for a support act, but nonetheless a very impressive display all around.

Never a band particularly interested in theatrics, Pixies kicked off their set instantly with classic track ‘Gouge Away’. A suitably gloomy-yet-heavy opener, its prolonged intro had the crowd eagerly anticipating the first wispy “gouge away, you can gouge away” from Charles Michael Kittridge Thompson IV (more commonly known as Black Francis).  Playing a set primarily drawing from their magnum opus Doolittle and newest release Head Carrier, the former was unsurprisingly received with far more enthusiasm from all but the most hardcore of fans. Thankfully, with an impressive 29 songs crammed into an hour and a half, Pixies covered a huge and exciting range of material spanning all six albums (as well as some B-sides).

About halfway into the set, Francis switched to acoustic guitar, and subtly began the opening chords to sardonic fan-favourite ‘Mr. Grieves’. Perhaps the finest example of the Pixies’ signature ‘soft-loud’ formula, Francis ensured the track was even more manic and bizarre than the studio version.  Staying on acoustic for some time, Pixies used this as an opportunity to explore some less heavy material, such as a slow, creeping version of ‘Wave of Mutilation’ and the tastefully-ironic love song ‘La La Love You’.

"one could undeniably sense that something was missing"

Though perhaps the best moment of this acoustic sub-set was the strangely beautiful experience of an entire room united in singing “wheeeeere is myyyyy mind” (albeit slightly out of tune). Famously used in the finale of Fight Club, ‘Where is my Mind' arguably introduced a whole new generation to the music of Pixies. –  yet despite its fame, the performance still felt highly personal, with Francis's sombre vocals as honest as they were over 25 years ago.

And yet throughout the set, one could undeniably sense that something was missing; the reason of course being the lack of original bassist/singer Kim Deal. Second replacement Paz Lenchantin did an admirable job taking up the role, however her vocals often seemed to fall flat in comparison to Deal’s pure, angsty tone that was such an integral part of Pixies’ sound.

"much of the old magic shone throughout the night"

The crowd were whipped into a frenzy one last time with the energetic ‘Debaser’, showcasing Francis’s signature shrieking delivery adorned by driving guitar riffs from lead guitarist Joey Santiago. The encore saw the single best abuse of smoke I have ever experienced; the entire room was flooded to the point one could barely see their hands in front of their face while Lenchantin, illuminated by a spotlight, sang ‘Into the White’. Not the most spectacular song to finish on, but truly too good of an opportunity to miss!

It was hard to tell to what extent Pixies were simply going through the motions during the performance – there were certainly moments when the four-piece seemed to collectively lose energy. However, this was largely the exception rather than the rule, and much of the old magic shone throughout the night, leaving no question as to why the band have such an enduring appeal. 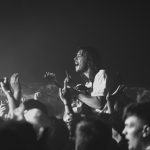 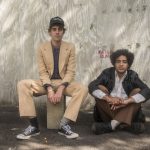 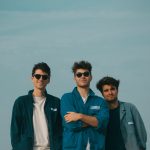 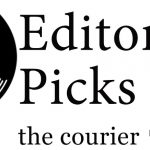 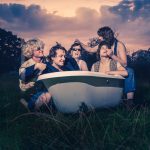 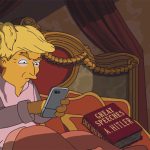 TV that has overstayed it's welcome. These shows need to go!
Copy link
CopyCopied
Powered by Social Snap