Postgraduate student loans will soon have an age limit

Several Russell Group universities have expressed their discontent about the Conservative government’s decision to implement an age limit on postgraduate loans.

As of next year, state-approved loans for students applying for a master’s programme will only be granted financial support on the condition that they are under the age of thirty. The reason behind this is that the government claims that older people tend to be in a better financial position in comparison to undergraduate students as they more likely to secure alternative finances to support themselves. However, six leading universities – including Newcastle, Leeds, York, Manchester, Sheffield, and Warwick – have disputed the governments claims and urged for the removal of the age limit or consider exempting students from disadvantaged backgrounds at the very least.

Postgraduate scholarship schemes for students from under-represented backgrounds are currently offered at the institutions in an attempt to make further education more accessible. Statistics reveal that during 2014-15, eighty-two out of the possible four-hundred and sixteen scholarships granted were awarded to students aged thirty and over. At one of the institutions, thirty-eight percent of scholarship holders were thirty or over.

A report carried out by the six universities reveals that students aged thirty or over were more likely to have wider participation characteristics than undergraduate students, which may have prevented them from progressing to studying for a postgraduate sooner. Such characteristics may include a disability, a background in the care system, or caring responsibilities of their own. The report also concluded that students over the age of thirty were not necessarily in a strong financial position. According to the report, ninety-two percent of unsuccessful scholarship applicants of all ages who did not pursue postgraduate study claimed that a lack of financial support was a significant obstacle. According to a survey which questioned first degree graduates who studied at the six institutions, graduates from poorer backgrounds may be more susceptible to further borrowing than students from wealthier backgrounds as they pay off their undergraduate fee debts. 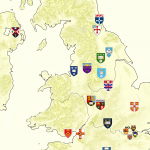 Why the Russell Group should compensate students 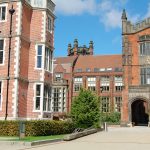 Why is there still inequality at prestigious universities?

Newcastle vs Northumbria: bit of banter or closeted classism? 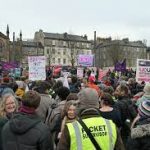 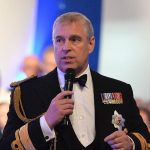