With a rather unique ending to the PL season in the works, Ben Harris discusses how he thinks the PL table will look...

A great escape for Watford, a close shave for Sheffield and a negative finish for Crystal Palace and Spurs could be some of the things that we could see in the Premier League, following its resumption later this month.

I say this with good reason. I decided this week that I wanted to offer a rundown on what we could expect from the finale of the Premier League season, when it returns on the 17th June. With a very close race for the top four between Chelsea, Manchester United, Wolves, Sheffield United and even Spurs, there is a lot to play for at the top of the table. But what interested me even more, was the race for safety between Aston Villa, Bournemouth, Watford and West Ham, with only 2 points separating those teams.

So, to try and provide as accurate a forecast as possible, I took the remaining 92 games to be played in the Premier League, and set a predicted score for all games. One thing I should mention at this point is that, as all football fans know, the game is not played on paper, and upsets against the status quo are common and spontaneous. However, taking into account squad form throughout the season, as well as home and away form, I believe the following prediction of how the table could end up, provides an accurate outlook on what could happen.

The first observation that can be deduced from looking at my prediction, is that there is not a lot of movement in the table. However some key battles are settled, with some very surprising results...

THE BATTLE FOR THE TOP FOUR

My prediction for the top four provides no real drama. Liverpool, City and Leicester are the big points winners going into the last 9-10 games of the season, with Liverpool and Leicester to both pick up 23 of the remaining 27 points, and City to pick up 26 from their remaining 30.

I predict Liverpool and City to draw with Chelsea, as well as drawing with one another, and I predict Leicester to pick up a point against Arsenal and Sheffield United, when they meet later on this season.

Nonetheless, these three teams stand to go unbeaten during the last round of matches, completing very impressive seasons for all three.

So then onto fourth place. For those romantics hoping for a late push for a Champions League place from Sheffield United or even Wolves over favourites Chelsea and Man U, it remains a vexing conundrum. Although Sheffield will most likely shift up the table to 6th due to their game in hand over Wolves, I anticipate Chelsea to pick up 19 of the remaining 27 points, drawing to City, Wolves, Sheffield and Liverpool, which will be enough for them to bag the fourth Champions League spot. An average run in for Man U should secure them fifth as well.

One thing however that could provide some last minute hope for the likes of Sheffield United and Wolves is that Manchester City look to be banned from the Champions League next season, allowing an extra place in the Premier League table and therefore an extra team, the opportunity to qualify for some European football next season. Imagine.

Another low drama affair here. Through predicting results of remaining games, I predict Bournemouth will gain 4 points, Villa 3 and Norwich 1, meaning that they will remain the three clubs to go down. Bournemouth will only trail by one point though, with the two next highest teams finishing on 32 points (Brighton and West Ham).

One thing that could quite easily happen is news that will be music to Watford fans' ears. With their run in, I predict Watford to gain 7 points from the remaining 27, meaning that Watford could jump from 17th up to 15th, 3 points adfift from the relegation zone.

A very sad end to a great run in the Premier League looks on the cards for Bournemouth, however I believe key losses in big games like Newcastle at home and Everton away, as well as a draw in the crucial game at St Mary's could mean that Bournemouth fall foul of the mark to get away from the relegation zone.

Equally, Aston Villa will fall short, as I predict them to lose their game in hand at Bramall Lane and to not win any of their other games. A short spell back in the Premier League seems to be at an end for Villa.

The two main notable finishes other than those that I have already mentioned, are the gentle declines of Crystal Palace and Tottenham, over the remaining 10 games.

The same fate could happen to Palace, with a potential win at Villa Park and a draw at home to Man Utd being the only points that they stand to pick up during one of the most difficult run-ins of the League.

Other high point scorers predicted are Burnley, Wolves and Newcastle, with these three teams picking up 17, 17 and 13 points respectively.

So, there it is folks, a very subjective but I believe accurate outlook on what could happen with the close of the Premier League season. I leave you with the current Premier League table compared with how I believe it will end, when the season finally comes to a close... 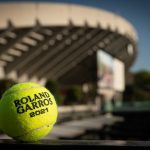 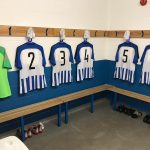 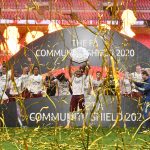 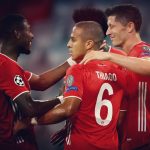