Coats, jeans and dresses for pennies... but what is the true cost of these ridiculously cheap sales?

It was inevitable that online fashion brands would promote a black Friday sale, especially with most high street stores closed. But the world did not expect what Pretty Little Thing unveiled on Friday at midnight, and with this complete surprise they have become the talk of the fashion world this weekend.

Pretty Little Thing shocked the industry with their ‘Pink Friday’ sale offering up to 99% off! I had to blink twice when I read it but once I loaded the app it was no lie. They kept this campaign quiet so with the big reveal came the hashtag #PLTPINKSATURDAY, which was trending the entire day! The spontaneity and shock factor brought people to twitter allowing the sale to be freely promoted within the online world. There were hundreds of items less than 10p, wardrobe classics like the little black dress, jeans, white T shirts ...all for pennies. There was even a £70 coat for 7p and avid PLT shoppers were first to bag these slashed prices when the first drop hit at midnight. The other two drops came at 12:15pm and 6pm: the prices were still low however all of the penny products were now gone. Some shoppers were frustrated because many of the bargains were still advertised even when out of stock and so many turned to Twitter. The one that struck me was a pair of painted leather heeled boots which I had in my wish list for two years marketing at £30 and they were 30p! But they were sold out before I could even click them, along with most of my wish list. This makes me question whether they were simply trying to shift out old stock, rather than the darker conclusion that was suggested, because the original market price was high.

There was mixed reviews on this sale: some were critical and suspicious of how prices could be this low while others were furious that they discovered the sale too late and missed out on the bargains. Ultimately PLT took centre stage for black Friday with both positive and negative press- their brand was smothered across social media and newspapers, with a huge online presence.

The critics of this campaign were in strong force, questioning how can these products be so cheap? And considering the ethical and moral question that comes with sales, Venetia La Manna shared eye-opening posts and statements on her Instagram. They were about workers not getting paid nearly enough, stating that PLT cannot prove that their clothes were not, ‘made in unsafe conditions using slave labour.’ This alone is truly shocking and devastating and it calls to question why this isn’t headline news in magazines? She also discusses how these sales only rapidly increase fast fashion, which will ultimately have a devastating result on our environment. But with pay cheques being lighter this year are people involuntarily steered into shopping at these sale prices?

The sale was substantial and meant that everyone was able to afford these stylish pieces and purchase gifts for others in an economic climate that has grown difficult to do so. However, the simple question lies with how these low prices benefit us but at what cost to other does this come?

Do we associate a certain dress style with specific music genres, and do they create trends?

The beauty brands that are allowing our skin to glow, and the planet to grow 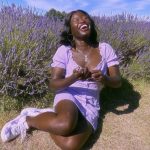 ASOS - Brand of the Week 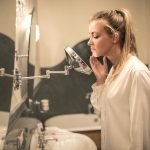 My five-step routine to mastering ‘maskne’ 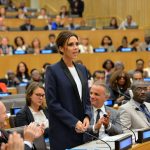 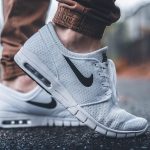