Jess Bradbury discusses what to expect from the newest season of the BBC smash-hit show, Line of Duty

Mother of God, the AC-12 trio is back on BBC One and ready to catch some bent coppers. Spoilers ahead!

The BBC has announced series 6 of Line of Duty will air from Sunday 29th March at 9pm, with a longer run of seven episodes. Adrian Dunbar, Martin Compston and Vicky McClure are all returning as AC-12’s main team. Filming in Northern Ireland finished back in November 2020, after coronavirus restrictions delayed the shoot. The hugely anticipated series, which first aired in 2012, was supposed to air last year- but the ability to resume filming meant that the delay wasn’t extended further.

Joining the stellar list of guest leads including Keeley Hawes and Thandie Newton is actress Kelly Macdonald, best known for her 1996 role in Trainspotting. Creator of the series Jed Mercurio said that DCI Joanne Davidson, Macdonald’s character, will be “the most enigmatic adversary AC-12 have ever faced”, further adding that it was an honour to have her on board.

Viewers will definitely be made to wait for answers

The official press release stated that her character is the “senior investigating officer whose suspicious conduct attracts the attention of Anti-Corruption” and so the questions start forming: who is the victim? Is she the murderer? Or is she possibly the only innocent officer that AC-12 have investigated? Viewers will definitely be made to wait for answers from this gripping drama.

Also joining the series is British-Australian actor Shalom Brune-Franklin as new recruit DC Chloe Bishop, whose character joined between series five and six to “help with a tricky upcoming case”. Both Brune-Franklin and Macdonald’s characters are said to be in all seven episodes alongside the main trio.

Another question on the minds of viewers is who is the last person in the quartet of corrupt police officers, also known as ‘H’. Three of them have been uncovered in the previous series as DI Matthew ‘Dot’ Cotton (also known as the Caddy), lawyer Gill Biggeloe and Chief Superintendent Derek Hilton, but it’s unclear as to whether viewers will finally find out the identity of the last person - or rather whether it is Hastings as has been alluded to before. However, viewers know that past series have had many mind-blowing reveals after multiple red herrings and so it may take longer than series 6 for the truth to be uncovered.

Line of Duty will air on BBC One from Sunday 29th March, with all previous series available on iPlayer.

Has the Animal Crossing update been worth the wait?

Unboxed: Creativity in the UK

Why The Shining is a better film than novel

The Repercussions of Covid on the Film Industry 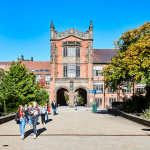