After months of excitement, the TV adaptation of Sally Rooney’s Normal People finally has a release date. The 12-part drama will be released onto BBC Three on 26th April (for the US 29th April on Hulu), in time to make self-isolating that little bit steamier.

Normal People was the novel of 2018, championed by critics and readers alike. Since publication, it has picked up numerous accolades, such as Waterstones’ ‘Book of the Year’, as well as being longlisted for the Man Booker Prize.

“Life offers up these moments of joy despite everything” writes Rooney, something that perfectly encapsulates the world and relationship of Marianne (Daisy Edgar-Jones) and Connell (Paul Mescal). Set over years, the story follows the pair from County Sligo to Dublin and their ever-changing, ever-straining tie to each other, in spite of struggle, secrecy and abuse. This is an all-consuming love story that will have you both laughing and crying- but mainly crying.

The series is directed by Oscar-nominated Lenny Abrahamson (Room) and Hettie MacDonald (Howard’s End), and Sally Rooney herself adapted the screenplay alongside Alice Birch and Mark O’Rowe. Interestingly, all (including the BBC) are adapting Rooney’s debut novel Conversations With Friends, which is yet to have a release date.

Abrahamson stated: "I have found two young actors who can vividly capture Marianne and Connell"

When the casting was announced, earlier in the year, Abrahamson stated: “in Daisy Edgar-Jones and Paul Mescal, I feel I have found two young actors who can vividly capture Marianne and Connell and bring alive the profound and beautiful relationship at the centre of the story”.

If the TV show is as high standard as the book, it’s set to be a modern classic. 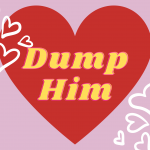 Why 'dump him' is an empty statement for womxn

Punctuation wars: which punctuation mark is most elite? 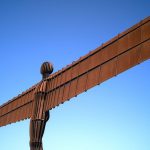 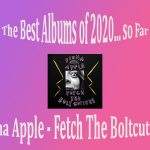