Survival is the theme for today's diaries, which only seems fitting given the current situation. With that said, we can't exactly confirm that they're an effective blueprint to apply to the real world... The Last of Us George Boatfield, Harrogate These diaries have been nothing but a treat to write, but as we’re now five […]

Survival is the theme for today's diaries, which only seems fitting given the current situation. With that said, we can't exactly confirm that they're an effective blueprint to apply to the real world...

The Last of Us

These diaries have been nothing but a treat to write, but as we’re now five days in, I thought I’d pull out all the stops with a game I’ve been itching to revisit: Naughty Dog’s masterpiece, The Last of Us.

Admittedly, at a time of outbreak, this probably might seem like something that wouldn’t promote a sense of ease. The game’s introduction presents a worst-case scenario for ground zero of an epidemic, with the rest of the game exploring the ramifications of the pain, misery and loss left in its wake. While serious, the effects of the coronavirus clearly don’t hold a candle to the destructive power of the cordyceps fungus. It’s cathartic to see the very different outcome to real life depicted by the game.

If it wasn’t already clear, The Last of Us is my favourite video game. Beyond the first-class storytelling and gratifying gameplay, it transports me back to the time of that very first, transformative playthrough. I was ready to sink into a substantial, compelling game to kick off a period of relaxation following GCSE exams.

While I’m yet to reach it in my current playthrough, there’s a particular portion of the hotel sequence that really encapsulates the impact that the game had on me. A function room is set out, with tableware untouched and photo op backgrounds still hanging, to celebrate the ‘class of 2013’. Having had my own prom right before playing The Last of Us, this was one more moment that connected me to a narrative taking place twenty years on in a world not that different from my own. Well,  besides the prom venue. Mine wasn’t anywhere near as swish.

Although inconsequential in the grand scheme of things, it’s one of the many callbacks to the simple pleasures of modern life shut down by the cordyceps. Now, as social gatherings remain a no-go for the time being, it was welcome to have my favourite game remind me of just how lucky we all still have it.

Worms Armageddon is a very old game now. Older than I am in fact. My friends and I picked this game up maybe five years ago and have gone back to it every now and again to relive the simpler times of online multiplayer. That’s what we attempted today. I say attempted, as it seems that this old game is having problems with its online multiplayer, something I’m surprised hasn’t happened sooner.

A couple of friends and myself had a fiddle around for a while, installing middleware and changing network settings, ending simply in frustration and the decision to play something else. That said, I want to talk about the single player challenge mode instead.

This mode is genuinely still incredibly challenging at late stages, as the strange sense of humour that Worms has just about defuses any frustration with a high-pitched quip as I waste my only grenade and have to restart for the umpteenth time. Even if you can’t get the multiplayer working, this game is worth a try as the replay value is something you don’t often find in games today. And after all that, the game usually sells for pence on the Steam store. You genuinely can’t go wrong.

The mundane monotony of self-isolation is what will likely cause most people to go stir crazy, as well as the lack of socializing. So, what best to combat that than Minecraft, a game that lets you divulge into your creative side with friends?

Not only is it limitless in its possibilities, from the ungodly number of elaborate Redstone contraptions to the untapped potential of your inner-builder, which toppled with co-operative elements results in either a hybrid mess of hilarity, a mediocre slop of "it's alright I guess" or a world that you can be pretty dang proud of working on, but it is cheap, intuitive, educational and still being supported with massive updates.

The feeling of productivity that the experience elicits is the key way that Minecraft helps to keep spirits up in this monotonous, anxiety-ridden time of COVID-19. So strap on your headset, call a friend, boot up this blocky-indie turned goliath, delve into a world together and lose hours doing something fun and engaging rather than wallowing in the nightmare that doesn't seem to be ending anytime soon. 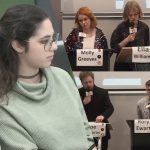 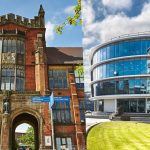 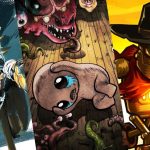 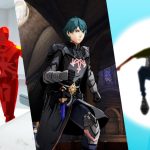 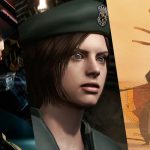 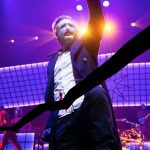 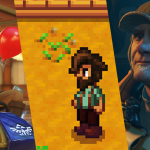