Carly Horne
30th May 2022
Rangers FC before their clash against Frankfurt: Twitter (@RangersFC)

The Glasgow-based club took on their first European final in 14 years, and it was after 120 minutes that the title-deciding match was deferred to penalties. For Eintracht Frankfurt, this led to victory. For Rangers, one missed penalty put an end to a 14 year dream.

Up and down the country, fans gathered in pubs and living rooms alike to watch the Scottish team attempt to make history. It was in 2008 that the club last made an appearance in a European final, suffering defeat at the hands of Zenit St Petersburg in Manchester.

In spite of this, hopes were high.

Local police made provisions for upwards of 100,000 Rangers fans to make the journey to Seville, along with 50,000 fans of the German team coming to show their support. Ally McCoist and Graeme Souness were among football icons requesting fans be respectful when visiting the Spanish City.

And in spite of pre-match hostility, by both Rangers and Frankfurt fans, supporters were unified by the anticipation of the final ahead. After an uneventful first half, a long second half led to Frankfurt's victory on penalties.

Pauline McKay is a Rangers fan from Glasgow, who tuned into the event on Wednesday. Of the players she said "it was heart-breaking that they lost, but [they] could have played much better." And while there is always room for improvement, many fans expressed their pride over the club's performance in Seville.

Andy Weir, also from Glasgow, concedes "it was always going to be a tight game and so it proved" though as a life-long fan of the club, his pride is unwavering. "[I'm] still proud of the boys and the incredible journey [they took us on]" he adds, high praise ahead of the team's performance at the Scottish Cup Final this weekend.

For many fans, though, the experience of visiting Seville to support their club is one which will stay with them - regardless of the final result. Mark Denovan is one such fan who, having made the journey to Seville, remarked on the game. "Seville is beautiful, a great place with lovely people", going on to say "witnessing [the game] with my pals is a memory I'll never forget".

Craig Holding, a Fife-based fan, described the experience of watching Rangers in Seville as "the stuff of dreams" and describing "cuddling strangers, tears of joy and pure emotion" when the team scored the opener."[It was] a superb occasion and achievement for Rangers and for Scottish football. Here's hoping it's not the last European final we see!"

Rangers will face Hearts in the Scottish Cup Final this Saturday in Hampden Park. 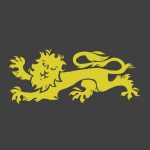 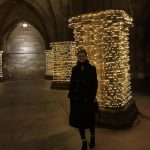 24 Hours in My Hometown

Review: We Are The Best! at Live Theatre 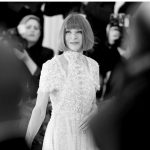 'You either know fashion or you don't': A Look at the Life of Anna Wintour 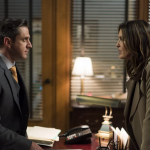 Law and Order: SVU - Out of Touch with Survivors? 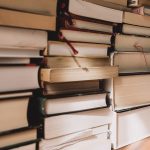 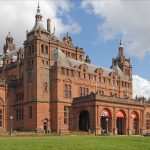 Spotlight on Venue: Kelvingrove Art Gallery and Museum in Glasgow 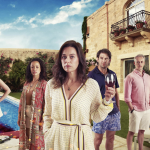 Review: 'The Holiday' - the only time I haven't wished I was there
Copy link
CopyCopied
Powered by Social Snap