Our writers offer a variety of perspectives on Castro's life and death.

Jamie Cameron
5th December 2016
Our writers offer a variety of perspectives on Castro's life and death.

You, reader, should always remember that almost every news source is either lying, or just spreading their ideological narrative: Except this one, of course.

All of mainstream American media is decrying Castro as a ‘brutal dictator’ and missing out all the good he did that the USA itself makes no attempt at copying, like providing quality universal healthcare and education.

At the same time, others may hail him as an unabashed hero, but politicians should always be open to critique.

Our home-grown sources of propaganda like the Express and Mail hurry their little rat paws to spin Jeremy Corbyn’s fairly balanced assessment of Castro as a way to link the Labour leader to despots and revolutionary marxism.

There’s also a great double standard in coverage of, and attitudes to, political regimes. Don’t expect mainstream media to discuss Thatcher’s support for the torturer-in-chief Pinochet of Chile. Remember that time, as well, we flew the British flag at half mast for the deceased King of Saudi Arabia, a place where the state apparatus has been used for the funding of terrorist groups, and the repression of citizens in their social life?

In 1966, Castro famously declared the women’s movement depicted a “revolution within a Revolution”. Did Castro make significant steps in the quest for Cuban female emancipation?

During a time in which female movements within the rest of Latin America continued to endure negligible treatment amongst society, Cuba made significant steps towards equal opportunities for women. Women were encouraged to leave traditional roles and fight for the Revolution. Women experienced gains shared with men in education and quality of life, and took a much larger role in the workforce than previous.

This revolution had its issues. however. It was recorded in 2013 that women held 48.9% of parliamentary seats within the Cuban National Assembly but for decades this was much lower, and women remain under-represented in the top levels of executive power.

While Castro showed that Communism can work to better women’s issues I ultinately have problems  with the slowness of equality gains.  The issue also, is that women have to work through the state for all their empowerment, not being allowed like men to make their own enterprises.

Fidel Castro is perhaps the one the most controversial people of the last century. And, the reactions to his passing this week have reinforced this controversy.

The vastly different comments on his death on social media reinforced a tremendous disparity between my left and right-wing friends around the world. His death, like a torch, lit up a global debate. Following Brexit and the US presidential elections, we are seeing this more and more. In every country, we see different people expressing their ideas through vastly contradictory views on Castro’s legacy.

Supporters see him as the hero of liberty who created a society ever-more close to a communist utopia. Yet, haters believe he is nothing but a ‘brutal dictator’. This made me realise that, via globalisation, the way people debate has changed. It’s no longer face-to-face.

We’re expressing our views and disagreements on social media. All of us have a voice. Whatever our thoughts on Castro, this is probably a good thing.

Fidel Castro did some terrible things but what the right-wing media will never tell you is the positive effect he had on Cuba. His treatment of political opponents and homosexuals was deeply wrong, and I will be the first to criticise him for it, but we shouldn’t ignore the good.

In 1959, Cuba was a virtual colony of America under a fascist dictator. With help from other revolutionaries, Castro overthrew the dictatorship, restored Cuba’s independence, and set about building a more equal society.

What followed was a huge programme of teaching literacy to the mostly illiterate adult population. All children were given free education, universal healthcare became a guaranteed right, full employment was implemented, and Cuba, a tiny country, continued to thumb its nose at its big bully of a neighbour the USA.

In Cuba, wealth inequality is relatively low, though it’s true it is poorer than countries such as Britain. The reason for this poverty is not Castro, but the illegal American naval blockade that stops vital supplies reaching the island. Not caving into the pressure, he symbolises little countries standing up to big ones. Viva la revolucíon.

A TITAN OF HISTORY

While Castro rode on the people’s will to overthrow a dictator, he contradictorily became one himself.

Swathed in controversy for his brutal treatment of those who opposed the regime, he used abhorrent tactics to keep control. However, it would be unwise to not see his life objectively, for it was remarkable to say the least.

The Cuba that Castro took over following the ‘59 revolution was a nation riddled with crime syndicates, corruption, inequality and fraud. Castro overturned pretty much all of this. He delivered free healthcare and lowered infant mortality rates. His popularity lay in his ability to stand up to the obsessively controlling hand of the US and its foreign policy, a stance which formed the backbone of his socialist vision for Cuba.

He outlasted 9 American presidents, survived 638 assassination attempts and commanded a Socialist nation a mere 90 miles off the coast of America for almost 50 years. What Castro achieved was astounding. Regardless of his politics, Fidel Castro will go down in history as one of the most important figures of the 20th Century, let alone the Cold War.

Fidel Castro was a revolutionary hero. A death defying, equality achieving hero. Fidel Castro knew what he wanted and strived to get it, so why are so many people celebrating his death?

The man survived over 600 CIA assassination attempts, saw ten different Presidents in the white house and gave Cubans something they hadn’t had in a long time – hope.

He turned Cuba from what was essentially a tyrannous dictatorship into a socialist state where there was less distinction between rich and poor and gave free education and healthcare to anyone who stuck around long enough. In Castro’s own words: ‘one of the greatest benefits of the revolution is that even our prostitutes are college graduates.’

However, alcoholism is a major problem and honestly the fact that the highest paid job is a taxi driver does seem somewhat absurd. All the same, I’ve been there and seen this first hand and I can tell you it’s not paradise, but its close. The reality is that this man, this hero, worked damn hard to make Cuba the country it is today and I’m not gonna let a bunch of people hiding behind their screens try and convince me otherwise. 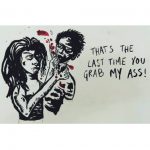 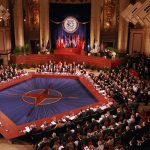 An alliance in question?

Should Scotland have second thoughts? 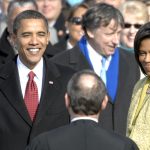