Sell, sell, sell! Should Netflix be making a film about GameStop stock?

Netflix has begun talks on producing a movie about the recent GameStop stock market fiasco that has dominated Reddit and Twitter during the first month of 2021. The heart-pounding, edge-of-your-seat, rollercoaster ride that is the global stock market will take centre stage alongside Netflix's favourite cardboard cut-out Noah Centineo, who is to acting like flour is to a spice rack.

For those of you who do not spend endless hours trawling the trending tab or doomscrolling the pandemic away, you may be wondering what on earth I am talking about and so I will endeavour to explain probably the most boring and mathematical revolution ever to occur.

A group of Reddit users noticed that a lot of hedge funds had essentially betted on GameStop's stock prices plummeting and they were trying to make a quick buck from it with something called shorts (don't ask me what that is, I'm not an Economics student!). So in an astonishing display of collective action thousands of Reddit users purchased GameStop stock ($GME) causing the price of the stock to skyrocket and consequently the hedge funds lost approximately $3.5 billion dollars, which to a hedge fund manager is the equivalent of accidentally leaving a tenner in your jeans pocket when they go through the wash. However, it was enough to cause outrage among the economic elites and the American government stopped everything to make sure that never again would poor people be allowed to manipulate the stock market in their favour, only rich people are allowed to do that, apparently.

Sources at Deadline claim that the movie will focus on how social media has levelled the playing field somewhat and "allowed the masses to challenge status quo gatekeepers". And while the movie sounds unbelievably cursed, there is a glimmer of hope in that statement. The film is also said to cover the spread of false information around the 2020 election about election fraud and even Donald Trump's recent instigation of riots in the Capital using social media.

At the very least, it may be an enjoyable film to laugh at when drunk with friends, and isn't that enough?

With all these events being so recent it raises a few questions, will the film be rushed in order for the events portrayed to still be in the public consciousness? Or is it too soon after the event to be thinking of creating a movie about it? Is the event really so important that it requires a full scale movie to be made about it? Was Noah Centineo really the best casting choice, or just who was around at the time? These questions may never be answered but I will be anticipating this movie with all of them in mind and a grimace on my face. At the very least, it may be an enjoyable film to laugh at when drunk with friends, and isn't that enough? 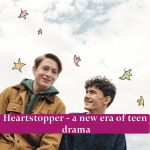 Heartstopper - the start of a new era of teen dramas

Review: This is Going to Hurt 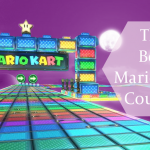 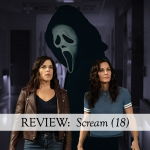 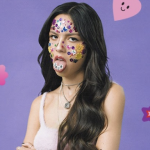 2021's Best Albums: our Music Writers on their top picks 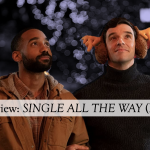 Single All The Way (PG): Queering the Christmas Hallmark movie 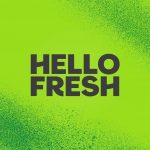 Should we say goodbye to Hello Fresh? 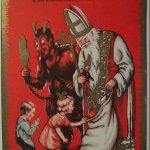