Should political beliefs be a make or break in relationships?

In an age where politics is more prevalent than ever, should you dump someone over what box they put an x in?

In my opinion, yes. And that's okay.

The key to a healthy relationship is compromise, many say. And sure, I’m great at compromising: on food, movies - although liking Captain America is a deal breaker for me, I can’t lie- even on music (although not liking Taylor Swift is a huge red flag). I know though, that for me, politics is something that I couldn’t compromise on.

If you have similar political agendas, then sure, I can’t imagine it would be too much of an issue, but I can only imagine the issues it would cause if you were on vastly opposing sides of the political spectrum. Politics isn’t exactly a subject that is easily avoidable either, because everything is rooted in it, and with instant news and media, the next time an MP has an egg thrown at them, you’ll instantly see it.

I know the argument that if you truly love someone, you make it work, despite your differences. Perhaps for some people, this is something that they can easily work out. Maybe I’m just not a romantic, but this isn’t something I could simply gloss over. Again, it depends where on the political spectrum you and your partner are: if your parties have similar interests and views, it may not be too bad. But if you support parties that disproportionately benefit different groups of people with conflicting agendas, then if I’m honest, I can’t see that lasting.

Sure, perhaps the key to a successful relationship is compromise, but I don’t want this to be confused with being silenced. You should be able to voice and air out your opinions with one another, even if this means arguing. Arguments have never hurt anyone (they definitely have, but it’s better to argue than let it bubble under the surface, waiting to crop up.).

There is a real element of privilege in thinking that politics doesn’t affect a relationship. The personal is always, of course, the political. And at the end of the day, if politics really is the thing you break up over, I wouldn’t say that you’re in a worse position. At least you know the first thing to ask on a date next time.

Politics is one of the most powerful forces in our cultural discourse. While politics can bind groups of people together, it also drives them apart, and creates bitterness, resentment and hatred. It can easily do that in our relationships, bringing us together when we find common ground, and forcing us apart when we disagree. It’s an easy mistake to make, but it’s also childish.

We like to think our politics matter, that they define us. I think this is because we like choosing sides, and then helping our side destroy the other, but it’s unhealthy when we take those forces into our personal lives. Despite how deeply you care, the fact that you and your date go to a local church and cross different boxes once every five years really doesn’t have to impact your personal life in any way.

It’s also easy to get entrenched, and take things the wrong way. If you and your partner both have deep political convictions, then that demonstrates that you’re both well informed people, who care deeply about solving issues that affect people’s lives. No matter how much political foot soldiers like to imagine the other side being the enemy, they still have more in common with each other than they do with people who aren’t interested.

Moreover, there’s arguably a lot to be gained from a relationship divided by politics. It can be fun for you and your partner to be on opposing sides sometimes, a little bit of tension can keep things fresh and exciting. Although, you do need to be careful about it, that tension can sometimes turn into resentment. But if you remember not to take yourself so seriously, and remember that your partner matters more to you than whatever political issue you’re bickering about, then it shouldn’t be something that you should break up over.

Relationships are hard. They require you to be alive to another person's every emotional need. They require you to share your space, your time, and your chips with someone else. It can be really tough, and maintaining long term relationships is one of the toughest things we do on a day to day basis. If you can do all these things, but can’t reconcile your differing opinions of fiscal policy, then honestly, it might be time to grow up a bit. It would be a shame to lose ‘the One’, because they vote Tory. 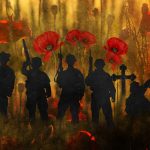 What Remembrance Day means to me. 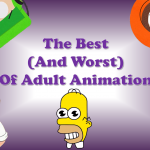 What are the best Adult Animated shows? 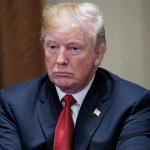 Review: The Trump Show - The Harsh Reality of a Presidency 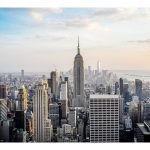 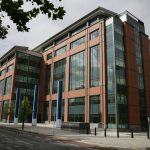 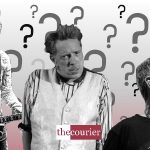