Should TV shows be introducing Covid-19 into their storylines?

Cayla Viner
15th August 2020
GREY'S ANATOMY - "Till I Hear It From You" - Diane Pierce returns to Grey Sloan, but Maggie is still in the dark as to why she's really there. Owen and Amelia hash out their problems as they work a trauma case together, and Bailey tries to mend her relationship with Richard, on "Grey's Anatomy," THURSDAY, MARCH 23 (8:00-9:01 p.m. EDT), on The ABC Television Network. (ABC/Richard Cartwright) CATERINA SCORSONE, KEVIN MCKIDD

It was recently announced that the producers of Grey’s Anatomy will be introducing Covid-19 into Season 17 “for sure,” according to Entertainment Weekly. But while it seems apt for a medical drama to incorporate one of the biggest medical crises of the 21st century, it might be a little too soon.

Show creator Shonda Rimes is renowned for her ability to tug on people’s heartstrings, so to introduce a very real and current disaster is a sure-fire way of gaining an emotional response from her audience. Grey’s Anatomy thrives on ratings which are often boosted by its most shocking and exaggerated storylines: bombs, shootings, plane crashes, train crashes, ferry crashes, and sinkholes all feature in the long-running medical drama. While Covid-19 certainly fits into this disaster category, it would be wrong for it to be used and exaggerated just to create that desired shock factor.

With the global pandemic still underway it seems rather presumptuous for a TV show to introduce a storyline where they can only predict the outcome. Therefore it undoubtedly comes with problems: to predict a positive conclusion, where a Grey’s doctor uses their superhuman intelligence to uncover a vaccine and save the hospital, already sounds rather far-fetched for viewers sitting at home knowing a vaccine is a year or so out of reach; or to create a pandemic story ending in complete tragedy may hit just a little too close to home for many of those who have lost families and friends so recently.

Until now TV shows have been the perfect escape from this global pandemic.

Right now, TV shows have been the perfect escape. There is a certain kind of comfort in seeing a world before face masks and social distancing; it is important now more than ever, for our mental wellbeing, to have a couple of hours where we can be distracted from this global pandemic nightmare.

Another medical-based drama, New Amsterdam, made the decision to shelve an episode titled ‘Pandemic’ back in April. In an essay written to Deadline Hollywood, creator David Schluner noted it was written back in 2019 and inspired by the devastation that influenza can cause each year and “wanted to get this message out.” The essay revealed that the episode’s aim was to show “what happens when our hospital has to erect tents in the parking lot because every bed is taken. When the doctors and nurses and medical techs have been working back to back shifts because their replacements are sick. When panic sets in. When people are quarantined. When people die.” Sounds all too familiar don’t you think?

The decision for New Amsterdam to remove their ‘Pandemic’ episode during a pandemic was both a tactful and necessary call. Going forward, I think that the creators of Grey’s Anatomy should treat this topic extremely carefully, not only for concerns about its historical accuracy, but to really consider the affect it will have on its audience.

That said, I’ve made it all the way to the 17th season, so my loyalties are pretty strong; I will, without a doubt, still be watching and waiting to see how this rather controversial TV theme will play out inside Grey Sloan Memorial. 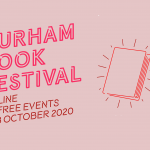 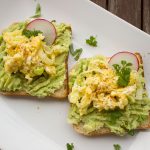 My diet experience: the ups and downs of Keto 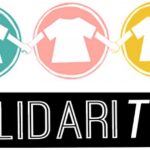 SolidariTee: changing lives one t-shirt at a time 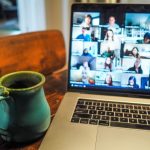 Is there a place for online events post-COVID-19? 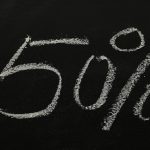 Is the 'Eat Out to Help Out' scheme really helping out? 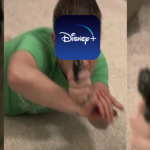 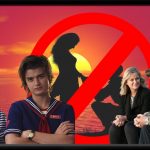