Should we be bothered?

After months of floods and warnings about the ever present dangers of global warming, the population of Britain have been ranked 15th out of 17 by YouGov in its concern levels over climate change. Why? This year the UK has been hit by storms and floods, which have been mainly claimed to be due to climate change, yet it hasn’t changed the general populations concern around global warming issues. Only 10.8% of the population ranked global warming as their most important issue and only the US and Saudi Arabia had lower scores.

So, why should we care? Projected models suggest that at the current rate of warming that many of the most populated regions in the UK could be underwater within the next few decades. This is mainly due to the fact that the main areas of civilisations are near rivers, which are expected to expand due to ice cap melting in global warming. This would affect many people including not only people immediately close to rivers, but also transport systems and flood planes further up and down river. It appears the impact on the day to day life of people living in Britain would be huge, not to mention the alterations predicted to impact the nation and worldwide economies. Increases in rain in winter would also lead to flooding in flat areas with minimal drainage as well as even more discussions about weather. Summers would become warmer and drier leading to droughts in areas of the UK. These changes could ruin many of the crops grown here, as well as our exports leading to a higher amount of imports and the loss of many jobs.

“At the current rate of warming, many of the most populated regions in the UK could be underwater within the next few decades”

With increased temperatures many people would have to move worldwide as regions could become inhabitable, this could lead to the loss of natural resources form the region and valuable living space therefore further impacting the economy worldwide.

Ecosystems may not have time to adapt to changes externally therefore endangering animals and plants vital to their environments and to humans and could aggravate pollution levels as they would no longer be limited by CO2 intake. Yet we are still sceptical about how real the problem is.

The scepticism in the UK, however, is, to some extent, understandable. Scientific bodies such as the IPCC are seen by many to be an unreliable source of information as they have repeatedly changed their own data collection and has appeared to make the data fit their hypotheses. Many argue the change in climate is completely natural, with earth having a varying temperature throughout its existence to ice ages and other natural phenomena’s, yet as is argued by many scientific bodies, this is the quickest and most rapid fluctuation on record.

So are we right to not care? With an ever growing online population fighting against the idea of climate change with a huge basis in the UK, its understandable many out rightly disagree with the concept. There are many claims of corrupt science and governments attempting to scare the masses, and while all of these play a part in how much we care, it rightly could be just put down to the fact that we have things we consider to be more important. The recent immigration crisis and the multiple countries in need of aid are at the forefront of many peoples thoughts as well as the continuous cuts to funding throughout the country, its easy to consider these instantaneous issues as more important as they lead to deaths tomorrow, but it isn’t considered that climate change could do the same. None of the climate change models are certain, and there is no unanimous agreement it is taking place, but surely this is an issue we should be considering. 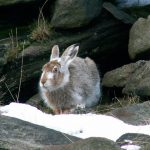 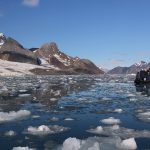 The worrying rise in temperatures in Svalbard

Where are the great white sharks? 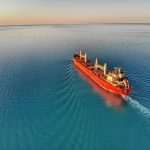 Oceans are too noisy for marine life, study finds 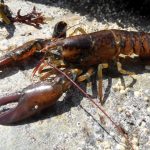 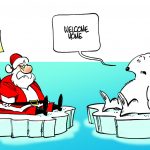