Is EA Dice's sequel at one with the Force or just a steaming pile of Sith?

The beta for Battlefront 2, which I have been affectionately calling Betafront, has come and gone, but for a few fleeting days I managed to get my hands on a tiny section of the second instalment of DICE's reboot and I must say, it’s pretty decent - from a certain point of view.

The game, more like the Battlefronts of the mid 2000s than its most recent predecessor, has a far more class-based system. Assault, Officer, Specialist, and Heavy classes replace the previous game’s completely customisable system – whilst you can select certain weapons, some are locked to specific classes. This allows for much more team-focused gameplay, and guides players into more secure roles – which can be performed or messed with as needed. Squad based gameplay became prevalent as I teamed up with Assault classes as an officer to secure bases, or hold points with large groups of heavy troopers. 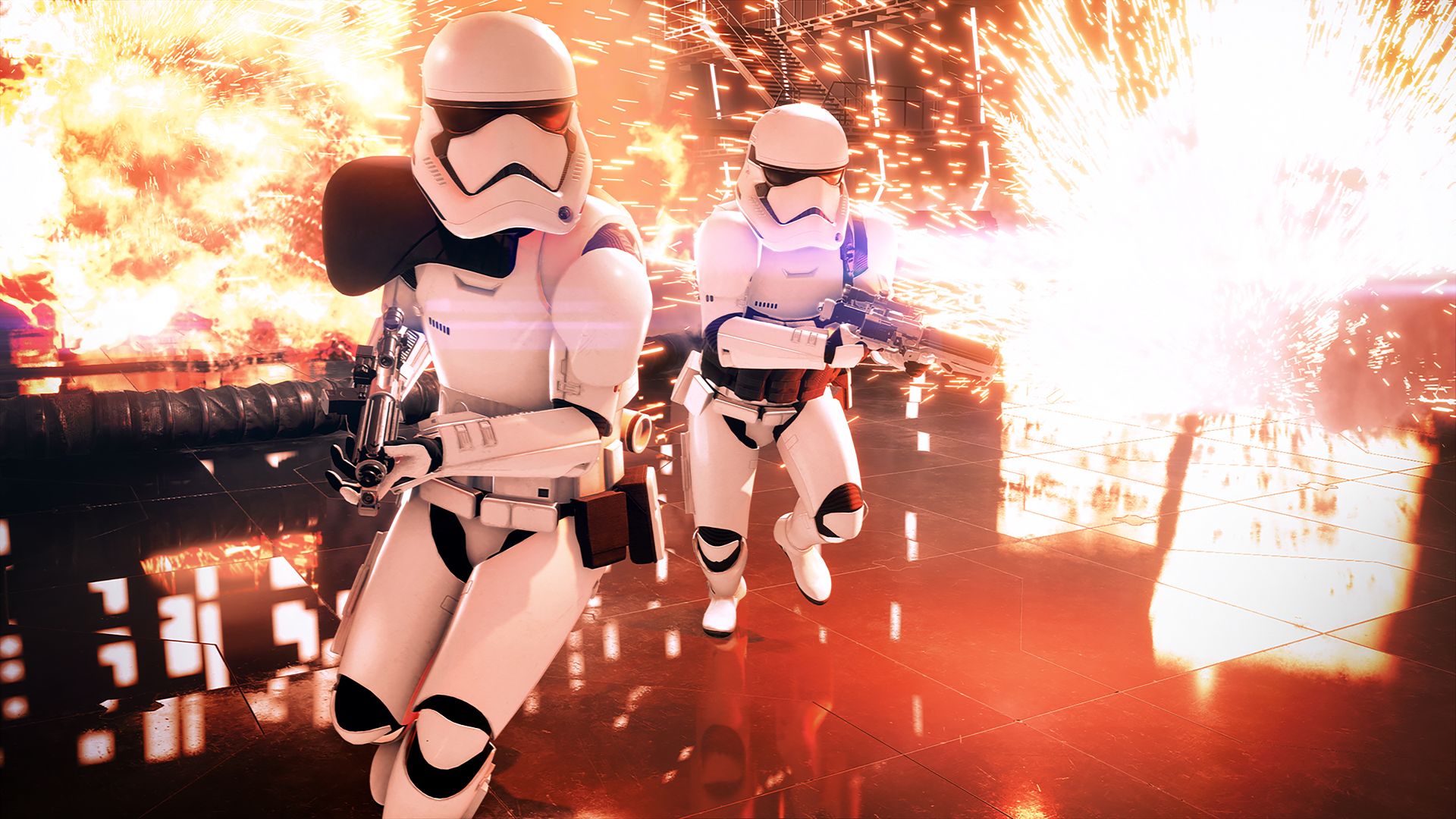 The class system exists in the Starfighter Assault game mode too, with interceptors, assault and bomber ships all making a return. It’s harder to work as a team in Starfighter Assault due to the three-dimensional battleground that fighting in ACTUAL SPACE provides but its so damned satisfying. This game feels more like the first Battlefront games than ever before and I love it. Did I mention you’re fighting in space?

I felt like I was in the Galactic Civil War, felt like a rookie Clone trooper or clunky battle droid as I made my way around the arenas. DICE made feeling like I was in the prequels a good thing. And I must give them credit where it’s a due. A lot of pressure rests on DICE making the game feel like a Star Wars game and not just a reskinned Battlefield or average first-person shooter. The heroes and villains available definitely add to this feeling. You know how Darth Maul is like, unbelievably cool in spite of having three lines of dialogue and 20 minutes of screentime in Episode I: We Don’t Talk About the Prequels? He's still unbelievably cool. I can’t understate how damned fun it is hacking clones apart with a double-bladed lightsaber.

This game feels more like the first Battlefront games than ever before and I love it. Did I mention you're fighting in space?

Mind you, it’s not all perfect. Much to learn, DICE still have. To counter unbalanced Star-Cards (unlockable equipment) it’s locked behind... you guessed it. Loot crates. Micro-tran-bloody-sactions. Hate them or hate them (there is no option) they are arguably a necessary evil to counter the lack of balance in the Force, which I would fix by, well, balancing things, but with Star Wars being the cash cow that it is, they’ve missed that mark like the Stormtroopers they are. So long as I don't get repeatedly demolished by bowcasters I’m happy.

It’s hard to judge a game by its beta. With a limited selection of maps, weapons, heroes and a limited timeframe there’s only so much one can do to make assertions. But my word, it’s an infinitely better game than its predecessor even after all the releases post-Rogue One. It’s taken the best of the first game, rolled it in the best of the older games, but unfortunately tied it with a beautiful bow you have to pay through the nose to get to.

I suppose I’ll be watching those wrist rockets for a while coming.