Switching things up: Nintendo's success and current trends in gaming

The Nintendo Switch has now outsold the PS4, perhaps signalling a change in consumer attitudes towards gaming.

This month, it has been announced that the Nintendo Switch has had more lifetime sales than the PS4 in the US. This makes the handheld console the fourth best-selling console in history, only outnumbered by the sales of the PS2, Xbox 360 and Nintendo Wii consoles. What does this success tell us about the current state of affairs in console gaming, and what the future looks like?

The Nintendo Switch has only been available since 2017, and it has managed to outsell the PS4 which itself was released in 2013. This is an incredible achievement, especially considering the chip shortage which Nintendo admitted dampened sales of units by 20% in 2021/22. This is the same chip shortage responsible for the PS5's troublesome debut.

What is the difference between the two consoles? Lets look at the consoles first, then their games.

The main difference is that the Switch is a hybrid handheld console, which travels easily whereas the PS4 is more stationary. Price-wise, it makes sense the PS4 is cheaper given it is nearly 10 years old. A PS4 sells for around £250 nowadays (which is significantly cheaper than when it first debuted at £349). The Switch debuted at £238, and if anything the Switch is more expensive, currently advertised as £259.99 on the Nintendo website.

The lack of price drop is similarly paralleled in the games available on the Switch platform. Switch games are infamous for their steadfast price: This is not a regular trend, mind you. Games normally dip in price after a year or two (which is the best time to buy them in my opinion). Not Switch games. Perhaps this can be attributed to the fact that Switch games are household names. Everyone knows who Mario and Yoshi are after all, but Shay Cormac (<3) from Assassin's Creed Rogue? Sadly not. Not only do the games stay consistent in price, there are fewer games available than for the PS4. Even though the PS4 has been replaced by the PS5, game producers are still releasing games for the PS4 and PS5 (such as the highly anticipated Hogwarts Legacy) - so there is still a regular influx of games for PS4 users.

Why is the Switch more popular, and what does this tell us about trends in gaming?

It seems people, more than ever, are in need of more light-hearted escapism, which the Nintendo Switch offers more than the PS4. Yes the PS4 does have more child-friendly games like LEGO (insert franchise here), but Nintendo made their name with child-appropriate consoles. Who buys a PS4 to play Crash Bandicoot? They buy a PS4 to play Uncharted or Assassin's Creed. The nostalgia card is of equal importance: many of us no doubt remember endless hours of fun training virtual pets on the DS, or trying to beat Matt the Mii (my greatest enemy) at every sport on Wii Sports Resort. In these scary times, it cannot be denied we need something comforting. War is an unfortunate reality, it makes sense people gravitate towards rescuing Princess Peach for what feels like the millionth time.

What's my view on this matter? Well. Of my school friends and I, they all own Switches but I own a PS4. I like to jokingly say I own a grown-up console, and I believe this remark encapsulates the matter at hand: people don't want realism in their escapism, they want light-hearted Animal Crossing games or yet another Mario Kart game. If people wanted violence, all they need to do is turn on the news. 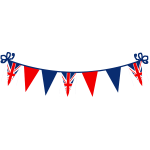 Debate: Should we care about the Platinum Jubilee? 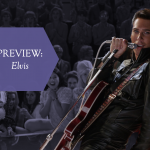 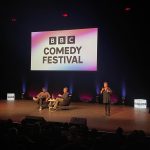 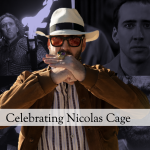 What is Cage's greatest role? 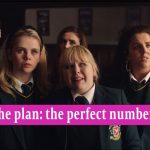 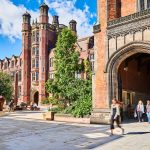 Best and worst place to study on campus? Where’s your favourite study spot? 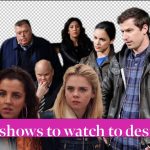 Best TV shows to watch to de-stress during exams 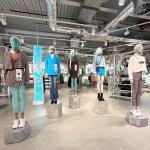