Following the annual party conferences, our writers ask, is politics relevant for young people? Opportunity. That was the slogan of this year’s Conservative Party conference. The Prime Minister, her allies, and opponents all made a point of outlining the bright future that awaits us after we leave the European Union this March. Yet, as we […]

That was the slogan of this year’s Conservative Party conference. The Prime Minister, her allies, and opponents all made a point of outlining the bright future that awaits us after we leave the European Union this March.

Yet, as we all know too well, the future for our generation looks bleaker by the day. One could be forgiven for hoping that this party season a ray of hope could glimmer from the major party conferences.

To her credit, May gave a decent speech which struck an opportunistic tone. However, once you cut through all the rhetoric and hyperbole, all that is left is a party obsessed by Brexit and a government overwhelmed by it. Throughout her premiership, May has sought to tackle the “burning injustices” which plague society. However, this has been side lined in favour of delivering a satisfactory Brexit, as well as dealing with the electoral fallout of losing her majority. Instead of seeing exciting new policy ideas and pitches we simply saw auditions from Party grandees to replace May. This ranged from the vacuous Johnson to the frankly bizarre comparison of the EU to Soviet Russia from Jeremy Hunt.

Anyone hoping to find anything better at the Labour Conference is in for further disappointment. Following Jeremy Corbyn’s dismal response to the Jewish community’s legitimate concerns, it was deeply depressing to see him essentially get away with it and emerge in a stronger position.Furthermore, Corbyn’s previous mantra of representing the members seems to have disappeared. He has repeatedly resisted and ignored the 86% of the party’s membership calling for a second referendum on the final Brexit deal, with Remain as on option on the ballet. It is now widely accepted that instead of listening to his voters and his members, Corbyn will simply play Brexit in any way he can, be it No deal, Bad deal or no Brexit at all. So long as it gets him to No 10.

In her speech the Prime Minister spoke of the nasty and polarising nature of British politics today. I fear that the longer this continues the more young people will stop paying attention, stop participating, and stop voting all together. This will lead to politicians gaining a mandate to disregard young people altogether.We must not let that happen.

The party conferences of Labour and the Conservatives took place from 23rd September to 3rd October, and both events consisted of the usual antics.

With the Brexit looming on everyone’s mind, it seemed that our Prime Minister thought it best to ‘meme’ herself by dancing to ABBA’s Dancing Queen, before being just as vague as ever. The Tory conference was a combination of warring factions and the same empty promises that arise every year.

[pullquote]One thing was clear from both parties: the future of this country was on their minds.[/pullquote]

Labour’s conference also took place, with Jeremy Corbyn setting out a radical manifesto. However, since being elected leader in 2016, it seems that he is making up more and more policies as he goes along. This leaves the shadow chancellor, John McDonnell, desperately trying to find funding. However, considering May managed to pay the DUP £1 billion, the magic money tree could be out there still.

But, one thing was clear from both parties: the future of this country was on their minds. In her closing speech, the PM claimed, ‘’there are better days ahead’’, signalling an end to austerity after ten long years. Personally, I can’t remember a time when the words ‘budget cuts’ weren’t smattered over the news. So even the very thought of more money for our public services and councils coming from the Conservatives gave me a speck of hope for the future, which is something I thought I’d never say in my life.

Labour also set out its vision of the future. The focus upon climate change and worker’s rights gave me some hope that not only us, but future generations as well, will be able to enjoy this planet. It addressed the anxieties that I, as a student, have. The idea that there could be more work, more housing and more opportunity for students after graduation shows there could be a light at the end of the tunnel. However, could this just be a list of empty promises that politicians make?

I’ve used hope a lot. At the moment, I have none. However, once Brexit and its consequences are dealt with, there could be a glimmer of hope. As parties look to the future, it signifies a key shift in politics. It signifies that for once, politicians are looking to the next generation: us.

Political harassment: how far is too far? 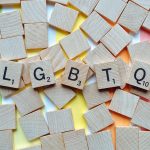 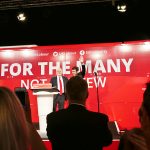 Labour's lost seven: what it means for the future of politics 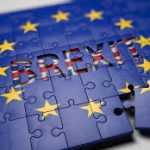 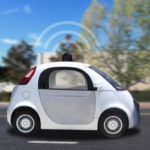