An electric night under the lights at St James Park ended in triumph for Eddie Howe after a Kieran Trippier free kick helped his side earn a 3-1 win against Everton in the Premier League.

Many felt this was one of the best atmospheres St James had seen in a long time, from the first whistle the Toon Army fans were out in full force with not a minute of silence throughout the entire 90 mins.

It didn’t start well for the Magpies after a Lascelles own goal meant the Toffees took the lead in the 36th minute of play in Frank Lampard’s first Premier League game as Everton manager. However, it didn’t take long for Newcastle to get back into the game, only 108 seconds later a Mason Holgate own goal lead to the eruption of thousands of fans around St James Park to make the scoreline all square after 37 minutes of play.

Newcastle went on to create numerous chances during the end of the first half, however, it finished 1-1 at halftime with the three points still available for both teams.

With 56 minutes on the clock, a brilliant piece of work from Allan Saint-Maximin forced a Jordan Pickford save which led to Newcastle’s second goal of the game. The goal scorer Ryan Fraser was the first to react as he poked home his second goal in black and white as St James Park grew louder and louder.

New signing Kieran Trippier put the icing on the cake as his right-footed free kick bent around the right side of the wall past Jordan Pickford to make it 3-1 to Newcastle United with only 10 minutes left to play. Then the substitution of Brazilian new signing Bruno Guimaraes was met with great applause and lifted the crowd to help Newcastle push on through the last stages of the game.

The Toon Army were able to hang on for the remainder of the 90 minutes to earn their first Premier League home win since the start of December. All three points meant Newcastle were elevated out of the relegation zone and it seemed that there was a huge sigh of relief around St James Park in what was a huge turning point in their season and the battle to stay in the Premier League.

An emotional match for Newcastle fans as the home side got the win they thoroughly deserved.

Man of the match – Allan Saint-Maximin.

The view from the terraces: safe standing areas a success at Anfield 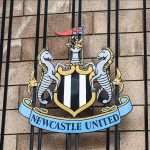 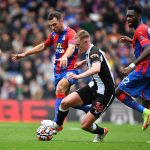 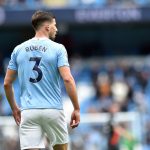 The Courier's Premier League Team of the season 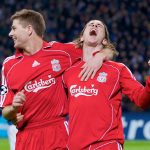 Chris Wilder leaves struggling Sheffield United side after 5 years at the club. 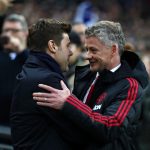 Is Ole the right man to take Manchester United back to their glory days? 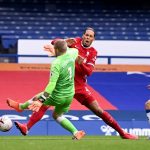