The moment you've all been waiting for- the Courier teams' top 5 albums of the year!

5. Billie Eilish - when we all fall asleep where do we go

Encapsulating music critics, aspiring teens and gig-goers alike, Eilish creates an album with such a wide appeal her sudden shot into the limelight was nothing to be suprised by.Her style incorporates new hip-hop like beats with the sound of 00's Beyoncé and Mariah Carey, while still having a sound similiar to that of Melanie Martinez. Ultimately, despite her obvious female musical influences, Eilish is incredibly unique in her sound, and that is what makes hers different to any other album put out this year. Despite retaining a style of music throughout, each song on the album is as unique as Eilish herself. 'my strange addiction', 'xanny' and 'bury a friend' are my personal favourites on the album. I also love how all of Eilish songs lack capital letters, as a way to distance herself even more. At the age of only 17 when the album came out , it's extremely impressive that she has been able to craft and achieve such huge success off this album, and therefore, i believe this to be one of the best albums of the year; not only for the music itself but what it has helped Eilish achieve. Hope Lynes

4. Foals - Everything Not Saved Will be Lost Parts 1 and 2

It’s well-known that it's hard to make a second album, but how the hell do you make a sixth? Foals’ Everything Not Saved Will Be Lost manages to subvert expectations while encapsulating everything fans love about the band.Foals haven’t had a massive career lull since they formed in 2005, but fans have long agreed that their debut effort, Antidotes, is their best. But Everything Not Saved Will Be Lost might just have changed that. Split into two parts, both albums represent the best of the band: part 1 their brighter, synthy side and part 2 their heavier, more aggressive sound. On Part 1 in particular, this is possibly the most ambitious Foals have been production-wise. They’re still rock songs at their core, but there’s more texture, with tracks such as ‘In Degrees’ and ‘Moonlight’ creating completely new worlds. ‘Sunday’ harkens back to ‘Spanish Sahara’, giving us yet another beautiful ballad to a broken world. Part 2 is more reminiscent of What Went Down, their last album, in the best possible way. Channeling the chaotic energy of their frontman, the first single, ‘Black Bull’ is a beast that can’t be tamed. ‘The Runner’ champions perseverance with a killer riff and a sense of optimism that was much needed after Part 1. The album backs off from the production but still sounds polished and lovely, making it great for both headbanging and serious, contemplative listening.This album is incredibly deserving of its #4 position on the esteemed Courier-Music-section-top-album-awards. What’s above it, Lizzo? Fair enough. Tyler the Creator, Sam Fender? I haven’t listened to either of them to be fair. I’m sure they’re good. Anyway, this is a great album. Molly Greeves

A well-deserved top three place for Lizzo's excellent Cuz I Love You, an album that brought our Queen Lizzo into the spotlight.For me, the album was a grower, with some of the tracks taking a few listens to really take off for me, but I couldn't resist the empowering fun songs for long. Singles like 'Juice' and 'Truth Hurts' have been MASSIVE, making Lizzo's impressive soulful voice and honest lyrics the sound of the summer. Light on collaborations, only featuring Missy Elliott and Gucci Mane, the album highlights Lizzo's talent and personality. From exposing her heart and soul on title track 'Cuz I Love You' to listing all the types of boys she likes (big mood) on 'Boys', the album is versatile and just generally good fun. It's my favourite album to listen to at the gym; there's something about being told to "do your thing, run the whole damn world" in 'Like A Girl' that sends my motivation sky-high.Seeing an outspoken fat-positive black woman topping the charts is incredible to see in an industry often dominated by boring white men (who luckily are lacking in the Courier's top picks, to be fair), and long may Lizzo's reign continue. Charlotte Boulton

It might be the greatest album of 2019, but it would be unfair to consider Tyler The Creator’s ‘IGOR’ as a contender for album of the decade. The artist’s ability to find success with his most experimental album to date sets a president for the music of this coming era – the 2020s’ rather than 10s’. Mr Creator’s “IGOR” can be compared to a film that you can’t wait to re-watch over and over, despite its length and weirdness. The glitzy synthesizers, sprinkled bits of jazz and ensemble of high-quality performances (spanning from Kanye to Solange) never glosses over the fact that Tyler is the most interesting character in his own story. All of this makes for the most complex and interesting narrative in music this year.                                           Jagoda Waszkowiak

It was inevitable that this album would be on this list. Following a critics choice award and sold out UK tour leading to selling out arenas, this number one debut album from 'The Geordie Springsteen' has made a hell of an impact on indie music culture and beyond, especially here in his hometown.
Fender asks questions that voice the concerns of a generation, using his songs to document small town frustration and the many mental challenges that come with it. This record is a loud announcement of talent that shows huge potential for the future, even if it is not always completely cohesive.
Rarely has an artist of Sam's generation been able to so eloquently discuss issues to such a large audience without being able to provide all the answers. It is undeniably refreshing to see a talented songwriter with a phenomenal vocal ability that doesn't try to fit in with all the other formulaic chart-topping pop stars, but uses his success to actually make statements that, clearly, a lot of people agree with. 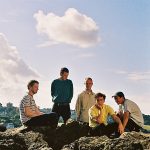 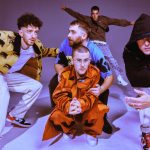 Easy Life: “I never want it to be boring for us to release music” 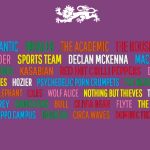 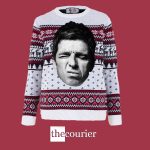 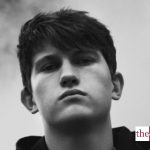 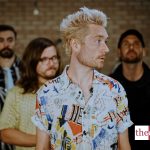 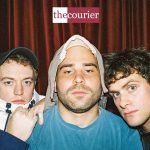