While there's nothing quite like the atmosphere of live sport, there are some sports that can be equally enjoyed sitting on the sofa. So, we asked our writers if there are any particular sports, or events, which they love to watch on the telly...

There’s just something about Wimbledon that turns this primarily football-focused island into a nation of causal tennis fans. Even those who are never normally that interested in tennis can’t help but have it on in the background. Then, before you know it, by the time the finals come around, you’re fully committed. Last year’s men’s singles final – the longest in Wimbledon’s history – was one of the most intense sporting matches I’ve ever witnessed. I spent most of the final set up off the sofa screaming “COME ON ROGER” at the top of my lungs, whilst my Nadal-loving grandma looked on with thinly concealed disinterest. By the time Djokovic edged out the win (damn), I was exhausted. It truly was an emotional roller coaster, but one I’ll be sad to miss out on this year nonetheless.

It only comes once every four years, but when it does you can guarantee that every football fan will have their eyes stuck to the TV. I'm no exception, as just two year ago I was glued to my seat for the majority of 2018's World Cup games. This was everywhere from England's last-minute winner against Tunisia, to the classic Spain/Portugal game which saw a jaw-dropping Ronaldo free-kick. It's the perfect sport to watch at home with your family, with the games being hosted for free on ITV.

The Russia 2018 World Cup was particularly notable for England's form, coming the closest to winning in my lifetime. If you mention Kieran Trippier's free-kick to any English football fans, they'll be overwhelmed with a combination of happiness and sadness. For many, myself included, their lives as football fans both peaked and went downhill in those 120 minutes... 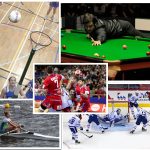 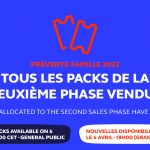 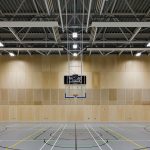 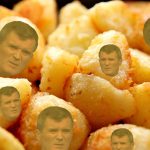 What would your favourite sports person be on a Roast Dinner