The Evolution of Women’s Sports Uniforms

A trip into the history of women's sportswear

19th Century - Early women’s sportswear was mostly influenced by the most popular sports of the time, which included shooting, horse riding, and hunting. Even for sports like tennis, women wore long, corseted dresses, boots and hats.Exerting oneself was something 19th century women weren’t expected to do, and therefore exercise consisted simply of getting fresh air - therefore, there was no need to have special clothing. As well as this, women had “decency codes” to follow, so as not to dress too suggestively, as well as restrictions that they couldn’t dress like men. It was seen as indecent, also, for women to wear trousers early into the 19th Century. For most sports women still wore hats in order to remain feminine, however, this did impact their sports performance.

Early 20th Century -  In the olympics, women only made up 2% of all competitors in the early 1900s, and their uniforms were policed by the committee and deemed unsuitable if it were to distract the male athletes. Although, Women’s sportswear was still restrictive, it did become more practical during this time. In the 1920s, tennis player Suzanne Lenglen began to wear shorter skirts and removed the hat whilst playing. Functionality was becoming more important, and following both world wars, synthetic materials became more popular, such as Nylon, which meant clothing could be made faster and cheaper. Hollywood and celebrity fashion around this time also evolved to incorporate shorter hem lengths and bare legs. Clothing became less structured and allowed more movement, and women began to compete in a wider range of active sports.

Late 20th Century- Women began to wear what was comfortable and appropriate to the sports they were participating in, and embraced the freedom to wear what was most practical. Due to the now mainstream synthetic materials, uniforms tended to be more fitted, and showed off more of the body. However, sexism was rife within sports and women still faced backlash for the way they dressed, or how much of their bodies they showed off. However, towards the 1980s and 1990s, women’s sports uniforms became “sexier”, and emphasis was on hugging their curves and showing off their bodies. It became less about women’s comfort whilst taking part in their sport and more about aesthetics. Men’s uniforms tended to be baggier and cover more of their bodies, whereas women’s uniforms were more revealing- for example, athletes who took part in running or volleyball.

Modern uniforms - Today, women are still fighting to wear what makes them more comfortable, however, styles are much more practical and suited to the sport they are playing. Sports uniforms are designed with practicality and functionality in mind, with materials and fabrics specially developed for sportswear - an example being material that is sweat wicking. Another example is compression clothing, which helps with healing and blood flow to muscles, reducing muscle soreness or tiredness. In 2014, FIFA also officially allowed female players to wear their hijab whilst playing - an important step in equality for female football players. However, it is not easy to say that the attitude to the way women dress in sport is positive due to technological advances or societal change. Women still face difficulties when wearing simply what they find comfortable. In 1985, tennis player Anne White faced backlash for wearing a bodysuit as opposed to a tennis skirt and faced backlash for this - similar to Serena Williams at the French Open in 2018. Tennis officials forbade both outfits, proving that women’s uniform rules, although more aware of comfort and practicality, still emphasise ‘aesthetics’ over women’s choice during the sport. In the 1980s, Florence Griffith Joyner (Flo-Jo) garnered the attention of many by wearing one legged tracksuits and bodysuits with nail extensions and long hair, as opposed to a simple ponytail, tank top and shorts that her opponents chose to wear. More recently, in 2021, both the Norwegian handball team and German gymnastics team opted to wear garments with more coverage, and faced criticisms for not wearing what was deemed “acceptable” for their respective sports. Both sports demand high-cut, revealing bottoms, and both teams wanted to challenge these sexist rules by wearing outfits they were more comfortable in. It wasn’t the first time women’s handball uniforms had been challenged either, with a Spanish handball team insisting that their uniform regulations were sexist. Women’s uniforms continue to be policed, and although advancements have been made, will women in sport ever be able to make their own decisions on their attire without facing backlash?

Do positive memories affect our outlook on the Amber Heard and Johnny Depp case?

Box Theory and why you shouldn't worry about it

Why you should stop calling your caring friends 'mum'

Do celebrities help or hinder charities? 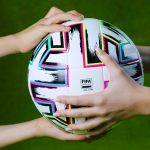