The White Tiger review: an exhilarating drama with satire to spare

Ramin Bahrani’s rags-to-riches tale of a young chauffeur gets to the heart of modern-day India.

Based on Aravind Adiga’s Booker Prize-winning eponymous novel, The White Tiger begins with Balram Halwai (Adarsh Gourav) as a successful entrepreneur. Seeing that the Chinese Premier is visiting India, Balram sits down to arrange a meeting with this illustrious man and “to tell [him] the truth about India through the story of [his] life”. This takes us back to the village in which Balram grew up, desperately poor and in thrall to exploitative landlords.

This structure makes The White Tiger a kind of mystery story, as we wonder how Balram goes from being dirt poor to filthy rich. The almost documentary-like portrait we get of India early on suggests that such a trajectory is highly unusual; that social roles are so firmly set in stone here, the caste system so firmly entrenched, that the possibility of transcending these is practically nil.

Indians are like “roosters in a coop,” Balram says: though they see their kin butchered right in front of them, they do not try to escape their cage. Even so, Balram has a sense that he needs to get out of his village and does so by becoming a driver and general dogsbody for his landlord’s son, Ashok (Rajkummar Rao).

Ashok has grown up in America and has brought back to India an Indian-American wife, Pinky (Priyanka Chopra), and a host of liberal, American values that leave him incredulous of his native country’s customs. For instance, both he and Pinky are amazed and embarrassed by Balram’s almost-crazed servility towards them; yet this doesn’t stop them taking full advantage of Balram, and it is this uneasy tension between master and servant that makes the drama so involving.

The same tension was at the heart of Parasite (2019), of course, and there is certainly a resemblance between the two films. For my money, though, the film’s quick editing, near-constant soundtrack and propulsive pace is more in line with Trainspotting (1996) or Slumdog Millionaire (2008); its two hours really fly by. With an electrifying central performance by Gourav to boot, this is not one to be missed. 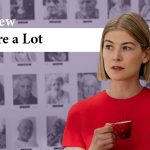 I Care a Lot review: a compulsively uncomfortable film 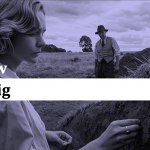 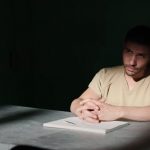 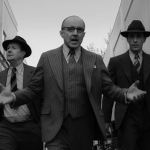 Mank review: a visual treat but a dramatic mess 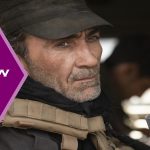 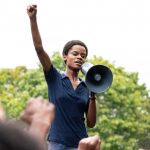