Sarah Lahiri, and Elizabeth Meade both detail what they consider to be their ultimate travel horror stories.

Your biggest travel nightmare probably includes losing your luggage, or missing your flight, or getting on the wrong one. For me, it was all three. Want to feel better about not being able to travel any time soon? This is for you.

I was heading back to university after Christmas break and had a flight from Dubai to Newcastle via London. Midway through my 7-hour flight, I was told the flight would reach London later than expected. Originally having only 15 minutes between my two flights, I was surely going to miss the one back to Newcastle. And I did. And then all the other flights for the day were full.

I was told to try my luck to see if any flights had an empty seat, gambling with my many boarding passes, only to be denied at the gate multiple times. They finally found a flight hours later, and before I could exhale; they lost my luggage. It doesn’t end there, I had to run from one end of Heathrow to another, exhausted and sleep deprived trying to locate them myself only to be told they were at the gate the whole time.

Many tears and stern customer service voices later, I was on a plane. My first time travelling to the UK alone was memorable, but for all the wrong reasons. At least I know every corner of Heathrow by heart now.

My Girl Scout troop went camping at a lodge once. Before the trip started, almost half of the group was busy and couldn't come. Once we arrived, it was raining as we brought everything inside and the leader of the group in the neighbouring unit believed that two of the four bathrooms we were supposed to share belonged to her group only. We learned the hard way that even indoor camping involved bugs, and that liquid glue couldn't hold two popsicle sticks at an edge-to-flat-surface 90-degree angle. Then our campfire was almost rained out. We had fun anyway! 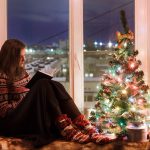 All I want for Christmas is a break: Should you be working over Christmas? 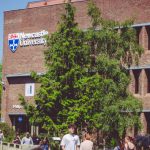 Rate It or Hate it: The Robbo Library 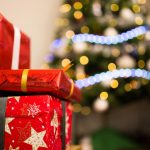 Gift guide for the traveller in your life 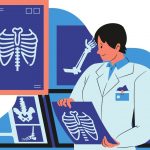