Another win for NUBC, pushing them to the top of Northern 1A

Newcastle’s Badminton girls made it 3 wins out of 3 for the season, the latest coming over bitter rivals Northumbria. The victory takes them to the top of Northern 1A. The last meeting between the two sides resulted in a 4-4 draw, keen to rectify this, coach Rich and his troupe of Northumbrian players brought a small army to support the squad in action.

To counter this vocal crowd, the Newcastle players had to get off to flying start. The first match to get underway was Northumbria’s Aphrodite Christodoulou against Anna Bradshaw. Unfortunately for the Newcastle starlet, she struggled to make the shots she needed and was ultimately unable to recover, falling to a 21-10 defeat in the second set.

Nevertheless Anubhi Khandelwal silenced the crowd in the other singles match, psyching out Ellie Charalambous on the middle court. Khandelwal got her game strategy perfect, exploiting her opponent’s lack of movement on the court better than when Djokovic exploited Nadal’s dodgy knees in the China Open a couple of weeks back.

Whilst those two singles matches were rather one-sided, the first doubles match was a different story. Catherine Thomas and Eleanor Laws of Northumbria claimed the first set 21-17, then Claudia Heggie and Katie Allen replied by taking the next set by the same scoreline. The final set went down to the wire, but a late comeback overturned an 18-14 Newcastle lead to a 21-19 Northumbria victory.

In the following doubles match, Newcastle’s Beth Vickerman and Cara Vincenti pipped Amy Attewell and Peipei Leong by a small margin in both sets, 22-20 and 21-19. With this being the first time the two winners had played together this season, it was apparent that they were more compatible than tea and biscuits. Natural chemistry.

Vincenti and Vickerman remained headstrong and sealed the win

After a small break, play was restarted as Anna Bradshaw took on Ellie Charalambous. It seemed both players were playing below their potential in a frustrating encounter. So much so that, after touching the net, Bradshaw smashed her racket down onto her leg. She broke both her racket and the skin on her shin, leaving the crowd in a state of bewilderment and shock. Nonetheless, she was in good enough condition to finish the match in two sets, comfortably beating her opponent.

During that brief medical emergency, the two winners from the first round met on Court 1. Anubhi Khandelwal and Aphrodite Christodoulou both had momentum, leading to a fast and furious two sets. Khandelwal took the first, then Christodoulou took the second, both ending 21-19. However, Khandelwal’s intensity on court proved too much for Christodoulou, with the Northumbria player suffering from cramp. Coach Rich rushed over to the cluster of away fans to ask for a sugary drink, only to get a reply of “we’ve got some Fosters.” Cheers guys. Predictably the last set was rather one-sided ending 21-11, but credit has to go to Christodoulou for battling on for so long.

As it stood, Newcastle were in a 4-2 lead overall. Having guaranteed a draw, the four doubles teams stepped out onto their respective courts. On the middle court Claudia Heggie and Katie Allen raced into a set lead, with Attewell and Leong having no answer for their technical ability. Meanwhile on the Anna-Bradshaw’s-Racket-Memorial-Court, Vickerman and Vincenti thundered to a 21-15 first set victory over Catherine Thomas and Eleanor Laws.

On the middle court Claudia Heggie and Katie Allen raced into a set lead, with Attewell and Leong having no answer for their technical ability

Despite the apparently strong position this put Newcastle in, both doubles teams narrowly lost out in their corresponding second sets. Buoyed on by a partisan, rowdy and slightly drunk Northumbrian crowd, the Poly had the momentum going into the deciding sets. This was evident in the match on the middle court as Northumbria took the advantage, clinching a 21-18 win.

The score was 4-3 and Northumbria pressed to steal a draw. With a gathering Newcastle crowd and some vocal support, Vincenti and Vickerman remained headstrong and sealed the win with an agonisingly tight 21-19 final set. The overriding emotion at the end of the match was undoubtedly relief, but that didn’t prevent a belting cheer from the Newcastle fans.

With a gathering Newcastle crowd and some vocal support, Vincenti and Vickerman remained headstrong and sealed the win with an agonisingly tight 21-19 final set

Having led the tie, it was a testament to the character of the Newcastle players to deal with the pressure and deliver a well-deserved victory. With three wins out of three in the bag this season, Newcastle lead the BUCS Northern 1A Division by 6 points. Their next match is against UCLAN on November 4th, who were recently thumped by Sheffield 7-1. Going forward, there’s really no reason that this side shouldn’t top the league this year, securing a playoff place that’ll give the girls a shot at that elusive Premier Division. 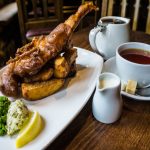 Blackfriars Review: Best of British with a twist

Farewell to Newcastle: 'In the end, none of this matters' 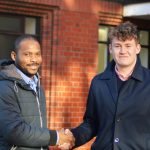 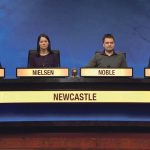 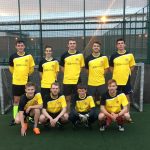 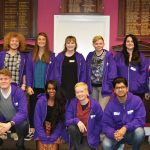 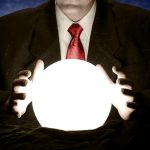 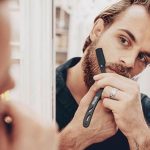