Dan Haygarth fills us in on the new one-take wonder. Will it be revolutionary, or nothing really new?

Victoria (Laia Costa), a young Spanish woman living in Berlin, meets a group of local men, led by Sonne (Frederick Lau), whose mysterious actions have the potential to become deadly.

Long takes and extended tracking shots have become very fashionable amongst filmmakers in recent years. The opening of Sam Mendes’ Spectre is presented as a single take, while Birdman, last year’s Best Picture winner, is cleverly edited so that it appears to be a continuous shot. However, no such tricks are employed in Victoria, the fourth film from German director Sebastian Schipper. Shot in a single take, lasting its entire running time of two hours and eighteen minutes, it is a technically brilliant and intense heist thriller that is executed with panache.

"Once the action begins, the lack of editing and intimacy of the cinematography offers the audience no respite until the story’s conclusion"

Schipper and his director of photography, Sturla Brandth Grøvlen, make great use of Berlin as a location. The camera twists and turns through the city’s streets, creating both the film’s authentic aesthetic and its sense of urgency and panic during its action sequences – the standout being an exhilarating chase and subsequent shootout towards its conclusion, which is elevated by a tremendous display of bravura. Once the action begins, the lack of editing and intimacy of the cinematography offers the audience no respite until the story’s conclusion. However, the one-shot style and real-time structure does generate some narrative limitations. The first hour is rather slow and largely uneventful, while many scenes are much lengthier than they would be in a tautly edited thriller. Nonetheless, the stirring performances from Costa and Lau keep the audience gripped and create an unnerving and ominous mood.

In spite of some first act plot issues, Victoria is a distinctive, tense and visually stunning film that will hopefully find a following amongst mainstream cinema audiences.

The greatest of goodbyes 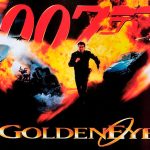