Give me a minute, and I’ll be able to make a list full of ‘dead’ game franchises from the past year. Mass Effect, Need for Speed, Star Wars: Battlefront, Destiny, Titanfall, Halo; all of these games have been proclaimed as ‘dead’ across the wider gaming community. Whether it’s YouTubers, bloggers or websites, so many games have quickly been shoved into a makeshift coffin by gamers, shunned as ‘bad’ games, undeserving of time, effort, and most importantly - money.

I’ve been on and off Bungie’s new foray into the Sci-Fi genre since Destiny’s release in 2014, and over three years later, I’ve seen them release another somewhat buggy yet promising game in Destiny 2. Within weeks, it was slated as a bad game. Someone had ‘killed’ Destiny. Whether it was Bungie, Activision, or someone else, it was ‘dead’.

Similarly, look at EA’s Star Wars: Battlefront II. A fun game to say the least, but flawed. Similar to Destiny, its lack of content, focus on microtransactions and lack of complex enemies have earned it much controversy over the past few months. 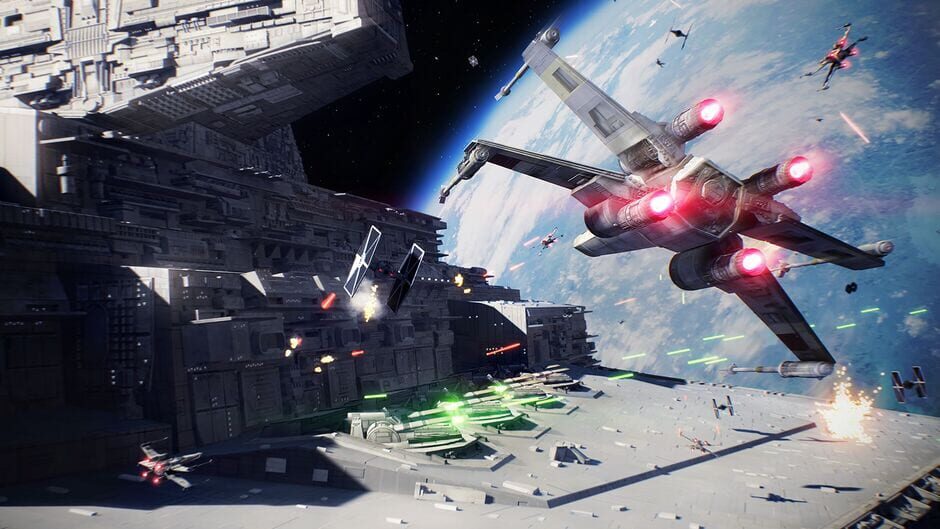 Battlefront II came under heavy fire for its reliance on repetitive play and microtransactions (Image: IGDB)

Thing is, this avoids asking a very important question: is this death permanent? I mean, Sonic the Hedgehog managed to recover from the infamous Sonic the Hedgehog (2006) which was most definitely slated as the killer of an iconic franchise. Sure, Sonic Forces from last year was not the best outing – most definitely worse than Generations or even Colors, but Sonic Mania revitalized the franchise, proving it’s got more life than once thought. For the first time in years, I’m excited for new content from the franchise.

Not only that, but so many franchises have recovered from this premature ‘death’. For example, Ubisoft’s MMO-third person shooter hybrid, Tom Clancy’s The Division released in 2016 to relatively average reviews due to a lot of strange game design choices.

However, after tweaks, changes and content releases, two years later, The Division is stronger than ever. The same can be said for Rainbow Six: Siege, also developed by Ubisoft, releasing to huge criticism about lack of content, microtransactions and quite weak AI in both allies and enemies.

The Criticism gained by Rainbow Six: Siege is almost identical to the ‘dead’ games before now. Microtransactions. Poor AI. A lack of content.

Over two years have passed since its release in December 2015, and this game, much like The Division, is stronger than ever, with a slew of refreshing content, a wide variety of maps and gametypes, and timed events incoming over the course of the next few months. If you didn’t notice, the criticism gained by Rainbow Six: Siege is almost identical to the ‘dead’ games before now. Microtransactions. Poor AI. A lack of content.

However, that game’s most definitely still going. And at least Battlefront II is operating in a similar fashion; with free releases of new maps, weapons, characters and content throughout its lifetime. Why are the once-‘dead’ Tom Clancy games alive now?

I’m as sick of corporate greed as much as the next person, and sick of poor quality games, but we’re becoming incredibly quick to declare games dead when paths to recovery not only exist in updates and later games. I’m not saying ‘give companies a second chance’ but if I have a word of advice: don’t count your chickens until they’ve been patched.