Desperate to escape the urban jungle, I made my way to Lake Windermere earlier this month. As winter pushes the dawning time later, seeing the sunrise becomes practical, without the pain of getting up ridiculously early, so I decided to take advantage of this.

Climbing a hill before sunrise feels like a ceremony. There was light hiding behind the wood, it was timid, still lacking the confidence proclaim to the world. The fallen oak leaves had acquired icy frost overnight. They covered the previously bare earth, and crunched under any intruder’s feet. The sound of crows echoed high on the branches; each echo leaving enough of a pause for the previous to fade away. The road uphill was far from silent compared to the sleepy human world I left behind. But, indeed I was alone.

Despite this, I did not feel lonely, but perfectly involved with nature; my heavy breath became part of the wood’s symphony, which only paused as result of amazement when beholding the path to hilltop. There was mist dropping from the bough above, springing from the meadow beneath, and rising from the valley afar. It seemed to wrap the world, but this wasn’t an act of silencing, rather a gentle caress that gives strength to the coming day.

Trying to witness the morning glory at its full, I climbed to the hilltop

I couldn’t see clearly what was ahead of me, but with every new inch of visibility I was inspired. It was like seeing poetry alive. Trying to witness the morning glory at its full, I climbed to the hilltop. There were oak trees, and between them and the rising sun was an ocean of mist, as well as a few sheep bleats that sounded like they were summon me.

Although the grass was moist, I sat against the oak trunk, recalling lines from Virginia Wolf’s Orlando, 'He loved to feel the earth’s spine beneath him…which could attach his floating heart to'; I needed this same attachment; my whole being was leaping when the sun burst out.

The mist gave way. The sheep became visible, sipping morning dew from bare branches. The silhouette of distant hills became clear (I could even see the lining of the trees) and turning around to face Lake Windermere, I held a profound breath. The pinkish hilltops were iced with the first snow of the year, fresh, echoing with the velvet-textured lake beneath them. What pleasure it would be to climb those hills, or dive in that enchanting water, or see the grandeur from a birds-eye view. There were so many ways to experience the beauty of the place, but I was content, sitting by an oak tree on a little hill, knowing I could not choose them all, but that this moment of peace was enough. 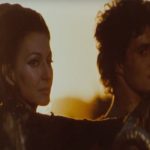 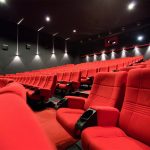 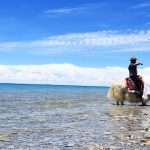 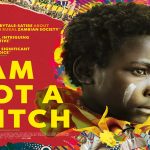 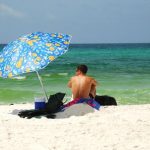 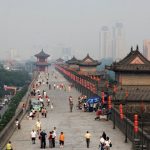 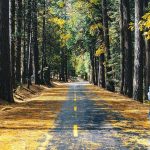 Where is it safe to travel alone as a woman? 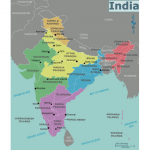