Karen Marie Ørsted, known professionally as MØ, is a Danish electropop songstress. She’s best known for her appearances on a string of high profile collabs including 2015 smash hit ‘Lean On’ with DJ Snake and Major Lazer as well as 2016 track ‘Cold Water’ once again with Major Lazer as well as Justin Bieber.

4 years on from her highly-rated debut No Mythologies to Follow comes sophomore release Forever Neverland, its title and lyricism paying homage to Peter Pan and her own quest for eternal youth (with some sweet hooks thrown in for good measure).

MØ’s scandi synthy style manages to combine nostalgic lyrics with her more futuristic instrumentals. With this album MØ’s songwriting has progressed to a more poetic style with her romantic reflections belted out over voltaic beats, radio-friendly in its catchy blend.

This weaving of the old and new is best manifested in Forever Neverland’s stand out track ‘It’s So Over’ ft. Charli XCX. XCX’s auto tuned bubblegum pop infused vocals satisfy our sweet tooth whilst serving her signature cyber-like edge that compliments MØ’s synth heavy style. This album is overflowing with impressive collaborations, though this does cause MØ’s solo songs to get a little lost in the track list, failing to leave the lasting impression we were longing for her to make after the vast success she has had. Nevertheless, MØ’s hugely distinctive and raspy voice undoubtedly makes the album soar. No matter who is featuring, it’s her delivery of emotions that truly captures your attention.

MØ’s fight against adulthood and strong grip onto her youth is something most of us can relate to *jealous sigh as freshers’ scurry past*, and it’s an ideology she has communicated throughout her musical career, her Instagram handle is even @momomoyouth! This woman is truly committed to preserving adolescence. In comparison to her debut album, during the course of Forever Neverland she begins to fight a losing battle in her quest. Maturity is in some cases unavoidable as she navigates heartbreak amongst other experiences, although she strives wherever possible to keep the juvenile fun alive ‘stealing liquor, making plans’ in summer-soaked track ‘Sun in our eyes’.

Yet, despite being full of hooks and easy-listening tunes, the album lacks the raw honesty and outstanding charm ‘No Mythologies’ possessed. A larger number of tracksfrom Forever Neverland are single-worthy, and consistency is clear when you play the whole album through but I would certainly struggle to call it her best work yet.

Nonetheless, Forever Neverland has some pulsing and tremendously beautiful moments; unquestionably worth a listen whether you’re familiar with MØ’s work or not. 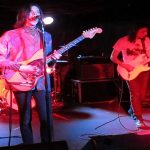 Winter Warmers- Songs to keep you warm this winter

Not just a pretty Blondie 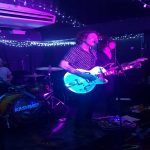 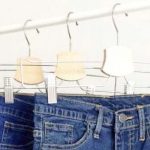 Bringing back the skinny jean? 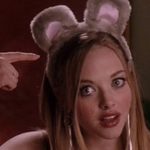 Wear whatever the HELL you want 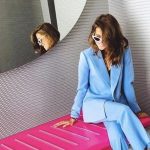 Women in suits: A powerful statement