The Revenant is a wonderfully clever film, managing to flawlessly combine both beautiful scenery and the harshness of the conditions the characters must face, and maintaining this throughout the entire two-and-a-half hour run time. The true grit here is stunning, and will leave you with a pit in your stomach for hours afterwards. You can tell the cast and crew went through absolute hell to produce this movie, but my god was it worth it. Alejandro Gonzalez Innaritu, who has flaunted his directorial skills with films like Birdman and Babel in recent years, returns to his stellar form, insisting that there would be no computer-generated imagery used to enhance the cinematography of the film. The film is shot on the basis of natural light and it looks so; the barren, weathered environments are striking.

"The true grit here is stunning, and will leave you with a pit in your stomach for hours afterwards"

The film follows a group of trappers in the no-mans-land of the Dakotas in 1823, a wild, open and dangerous environment filled with uncertainty. The bunch is led by Captain Andrew Henry (Domnhall Gleeson) and navigated by trapper and explorer Hugh Glass (Dicaprio). Glass, while scouting ahead gets mauled to near death by a grizzly bear, in a gruesome 10-minute sequence. Dicaprio is left for dead, and things only get worse when the crew have to leave him behind with Fitzgerald (Tom Hardy). I can’t go into any more detail without revealing too much of the plot, but there’s bison liver and dead animal carcasses involved. Yum.

The cast absolutely knock it out of the park here no questions asked. Hardy plays the tomahawk-scarred villain so well in this film that it is hard to put in to words how much you hate him. His corrupt moral code will make your skin crawl. A surprise performance comes from Will Poulter, who plays Jim Bridger, a young, impressionable, yet moral sidekick to the villain. He plays an incredibly serious part tremendously well for someone of his acting history, and throws his type-casting into the void. Domnhall Gleeson also keeps on his winning streak. DiCaprio though, is the heart that pumps the blood into the gruesome veins of this film, and as cliché as it is to say, I truly think this is his Oscar. If not merely for the amount of time he spent in makeup, or the freezing conditions he had to endure, it would go to him clearly for the sheer empathetic response his character gives you. Glass loses enough to make the strongest of men quit, but he doesn’t, and DiCaprio’s outstanding performance captures Glass’s vigour and determination perfectly. So when the film reaches its gripping conclusion, you will be clenching your fists and gritting your teeth – that’s if your heart doesn’t pound out of your chest first.

"DiCaprio though, is the heart that pumps the blood into the gruesome veins of this film, and as cliché as it is to say, I truly think this is his Oscar"

The Revenant is an absolute cinematic marvel, and a film that looks and feels like a piece of history, and will absolutely not disappoint you. 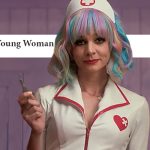 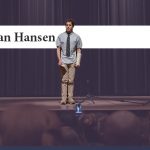 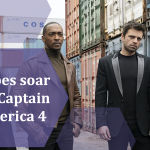 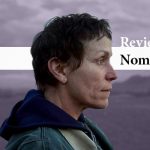 Nomadland review: caught between a drama and a documentary 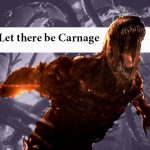 Preview: Venom 2: Let There Be Carnage 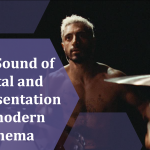 The Sound of Metal and representation in modern cinema 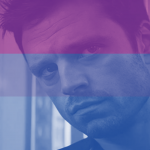