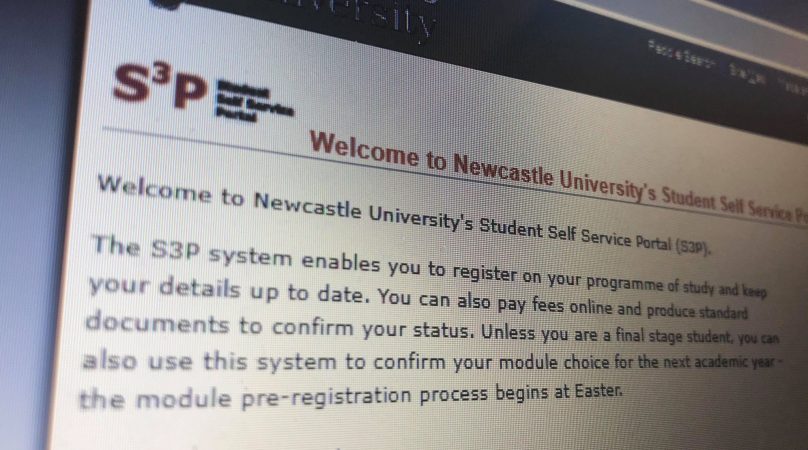 The Student Self Service Portal (S3P) was restored on Monday, along with a host of other IT services. The services had been affected by the cyber attack conducted on Newcastle University at the end of August.

In an update posted to the Newcastle University IT Service, the University confirmed that six services have been restored since Monday, including S3P. A further 28 services were restored between 15 September and 8 October.

The newly-restored services may have to be taken down again without notice, the University IT service has warned. It added that “functionality may be reduced or access may cease at any time”.

Timetabling became the first service to be restored on 15 September.

ReCap was more fully restored on 2 October, after the abilities to view and edit existing recordings were restored on 21 September. Other restored services relate to areas such as printing, the postgraduate portal and student wellbeing.

Problems with IT services first arose after the University was hit by a cyber attack at the end of August. Initially referred to as a “cyber incident”, it later came to light that the University is being held to ransom by cyber criminals.

A small amount of data was leaked by an organisation called DoppelPaymer to prove the attack was legimitate. It is understood that, as of early September, they are demanding a ransom payment from the University.

However, the malware that Doppelpaymer used to conduct the attack resembles software that was developed by a group known as Evil Corp. In 2019, members of Evil Corp were sanctioned by the US Treasury.

As such, if Doppelpaymer is linked to Evil Corp, the University may not be able to pay the ransom without breaching these sanctions.

In a later survey conducted by the Courier, it was found that only 3% of students were satisfied with how the University had communicated about the attack. At the time, the University apologised for the disruption the cyber attack had caused, and assured the Courier that its communication had been adequate.

“We have kept our current and prospective students informed by email with the latest updates,” a spokesperson for the University told the Courier.

About the Author: Joe Molander

Head of Current Affairs and co-founder of The Toon Lampoon. Politics, interviews, satire and the Courier's leading authority on frosted tips. @JoeMolander on Twitter and full portfolio available on Muckrack.