The levels of CO2 in the atmosphere has passed yet another long-feared milestone. What is next?

Another milestone of carbon dioxide levels is set to be surpassed with CO2 atmospheric concentration expected to reach 411ppm (parts per million) in 2019. This is a rise of 2.8ppm passing the milestone of 410ppm not too long after passing 400ppm a few years ago.

The rise in CO2 concentration is the main cause of increasing global temperatures that has been identified. This global increase in temperature is known to many as global warming or climate change and it is one of the biggest threats to modern life, with many attributing it to the ‘Greenhouse effect’.

The greenhouse effect is the term coined to describe the way in which the radiation of the atmosphere traps the heat from the sun in the lower atmosphere of the planet. The effect stems from greenhouse gasses which absorb and emit radiant energy, these gasses are critical to sustaining life on Earth however, a large build up of such gasses leads to an increased amount of radiation that is emitted back towards the surface of the planet. This leads to an increase in surface temperature and subsequently causes rising sea levels and increased ferocity and number of large-scale storms.

There is a variety of ways in which the amount of greenhouse gasses can increase in the atmosphere with the burning of coal, natural gas and petroleum being a major contributor in CO2­ emissions.

There are ways of first reducing and potentially fixing the issue. The first is to reduce the use of fossil fuels worldwide by a significant amount if not completely. The use of green energy sources such as solar, wind and hydro-power is already beginning to become more important globally but more effort is required in order to make a large impact on the reduction of not just CO2 but all greenhouse gasses. There is also potential in the chemical reaction of atmospheric gasses or the mixing of atmospheric gasses into the ocean which would reduce the capability of the atmosphere to absorb and release radiation towards the surface.

Essentially the levels of greenhouse gasses are worrying both in the current amount and the rate of increase, yet there are glimmers of hope in that this is issue is solvable. There are options at present that if only were taken more seriously would become very viable solutions to the issue, with the sooner action is taken to avert the issues of rising CO2 levels, the higher the likelihood that the ‘Greenhouse Effect’ can be reduced. 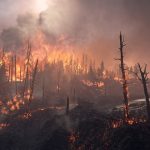 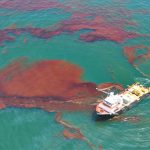 Putin proclaims plight in the Arctic 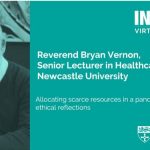 A discussion of resources and the value of a life 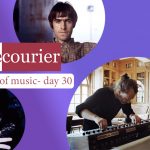 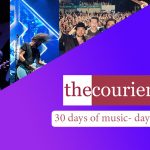 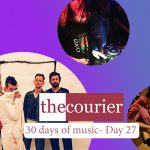