With Netflix recently purchasing the rights to stream the entire 10 seasons of supremely popular 90s sitcom, Friends, people are more than ever calling out for the possibility of a film or a TV continuation. However there’s a chance this may be a terrible idea.   First of all, lets consider the idea of a […]

With Netflix recently purchasing the rights to stream the entire 10 seasons of supremely popular 90s sitcom, Friends, people are more than ever calling out for the possibility of a film or a TV continuation. However there’s a chance this may be a terrible idea.

First of all, lets consider the idea of a movie. This idea has become more relevant due to the fake fan trailer that everyone appeared to think was real despite it being badly edited together sections of the Friends cast’s post-Friends shows and making them appear slightly connected. This hoax has stirred cravings for a film to show us how the lives of our favourite six New Yorkers have progressed in the last 14 years. However, the cinematic style of this potential reunion movie would be met with negative reaction as it doesn’t lend a good enough throwback to the isolated, set dependent style that friends so successfully and confidently used for 10 years without getting old.

Monica’s and Joey and Chandler’s apartments became iconic set pieces and are a part of the show which are needed for it to really be Friends. To do away with places such as Central Perk’s couch focused camera view in favour of a smooth camera; cinematic approach would feel unnatural to fans of the show, expecting a nostalgic throwback to the memorable and traditional sitcom style viewing. This is why a film adaptation wouldn’t be the right way to bring friends back.

So does this mean that a potential season 11 would be the right way to bring the cast back together? Not necessarily. The problem with Friends is that all the loose ends were tied up in the in the end to a satisfactory degree: Ross and Rachel got together, Monica and Chandler had a child after years of trying, Phoebe had a traditional wedding and Joey continued in his womanizing ways as expected. There aren’t really any loose ends that need exploring for these characters. This means the only other option for season 11 would be to see how our favourite characters, whose wild and turbulent young adult lives played out on screen for us for 10 years, are adapting to middle age. I don’t know about you but the idea of seeing a 55 year old Joey Tribbiani pry after young women is incredibly depressing. Do fans really want to see the once spritely and energetic young cast learn the depressing reality of the movement into old age?

It feels like the best place for Friends, despite its timeless appeal, is situated in 90s nostalgia, as that programme we can all keep revisiting. Any continuation would be a disservice to the quality entertainment it gave so many fans for a decade. 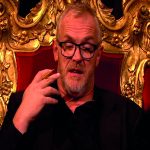 Battle of Winterfell a Winterfail? 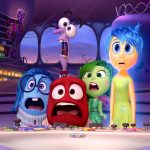 Animation Station: Inside Out 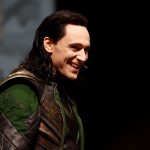