For the first ever edition of Summer movie club, Peter Lennon takes us with him on a day off in 1980s Chicago.

It’s sure going to be a strange summer, what with the whole pandemic and all, but that doesn’t mean we can’t be the best versions of ourselves while sitting in the house! That’s why Ferris Bueller’s Day Off (1986) is my go-to pick for this list (well actually, I was teetering on Booksmart (2019), but I’ve already written extensively on it).

It’s a classic teen-comedy film that I’m sure most people have seen either as a whole or clips scattered across the internet and daytime television. Ferris Bueller, an American boy in his late teens, fakes an illness so that he can skip school and spend the day with his friends, going to sports games, restaurants and parades. Naturally, this film embodies all the what-not-to-do’s in the COVID-19 world.

That being said, what’s important is the film’s can-do spirit. While Bueller himself is already a self-confident, and at times arrogant teen, his friend Cameron is stuck in a cycle of self-deprecation and anxiety. I think I speak for a fair amount of people when I say that Cameron is the most relatable character. Bueller’s life-coaching isn’t exactly what I’d call respectful of these anxieties, but it is a step in the right direction.

No, we probably won’t be able to enjoy some commercially funded parade this year, but the buzzing atmosphere and John Hughes’ tight writing should be more than enough to simulate that experience. More importantly though, is that there’s more than one way to be productive and make strides in our own personal well-being, whether that be a self-discovery or finally starting the next great American novel that you’ve been sitting on for the last two years!

There’s no time like the present and I can’t think of film that embodies that well-worn mantra better than Ferris Bueller’s Day Off.

AUTHOR: Peter Lennon
English Literature undergraduate. Although I primarily write for the Courier's Film section, I do love helping out in the Televsion and Gaming sections as well. I also organise and host livestreams/radio shows as FilmSoc's inaugural Head of Radio. Twitter: @PeterLennon79

Recipe of the week: Fifteens

What are the least problematic social media sites?

"Gilded Glamour" or "Out of Touch"?

Relationship with my body article 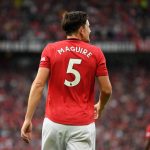