Medicine is in the mind

Scientists have recently discovered a way to effectively push drugs into your brain. Read on to find out more...

“The human brain has one hundred billion neurons, each neuron connected to ten thousand other neurons. Sitting on your shoulders is the most complicated object in the known universe.” - Michio Kaku

I am usually not one to put quotes at the beginning of really anything, because that then goes into the whole argument of I put it there due to the fact that I couldn’t come up with anything but that’s not the case here… or is it? You, dear reader, will never know, and I shall never tell. And that’s one of the beautiful things about the human mind. What is, you may ask. Well, while you were sitting there reading my mad ramblings, your brain was firing nearly eighty six billion neurons in order for you to do so.

Now, why would I, or you for that matter, care about what’s going on in that lump in your head? As we speak, more and more breakthroughs are occurring in the world of psychology, some right under your nose.

Recently, scientists have discovered a way to administer therapeutics directly to the brain. Before this finding, it was near impossible to directly deliver drugs to a person suffering from a neurodegenerative disease due to the blood capillaries in the brain. To explain, the aforementioned capillaries in the brain are impenetrable to a large amount of drugs used in treatment for neurodegenerative diseases; this is due to a protective barrier surrounding the brain called the blood- brain- barrier (BBB) which in turn makes current treatment options quite risky.

In response to this medical setback, a group of scientists began researching ways around the barrier and have finally hit a breakthrough. They ascertained that by engineering small particles from a peptide- a short chain of amino acids- a sort of carrier pigeon to the brain can be created; said carrier pigeon would bring with it an encoded message interpreted by the brain, letting the drugs pass the BBB. It would then be administered through an intravenous injection, meaning it would be injected directly into the patient's bloodstream.

Who stumbled upon this groundbreaking information?

I’m so glad you asked; the team I mentioned before is a collection of scientists from right here at Newcastle University, headed by our very own Professor Moein Moghimi.

While there is still a significant ways to go in terms of research, this discovery is the gateway for a myriad of other discoveries that could completely revolutionize the way neurodegenerative diseases like Parkinson’s and Alzheimer’s are addressed and treated. 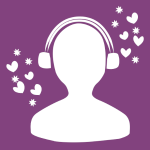 Dancing with my demons: music and mental health 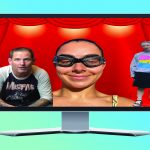 The best virtual concerts of the year 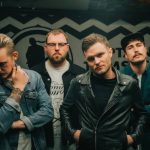 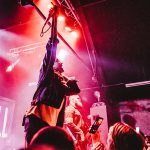 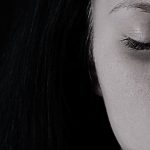