Newcastle-Gateshead to host Great Exhibition of the North

On October 11th, the Culture Secretary Karen Bradley announced that Newcastle and Gateshead will be hosting 2018’s Exhibition of the North, after being shortlisted against Blackpool, Bradford and Sheffield. The aim of the Exhibition is to celebrate the creativity of the North of England, as well as displaying Northern cultures and design. The exhibition itself […]

On October 11th, the Culture Secretary Karen Bradley announced that Newcastle and Gateshead will be hosting 2018’s Exhibition of the North, after being shortlisted against Blackpool, Bradford and Sheffield.

The aim of the Exhibition is to celebrate the creativity of the North of England, as well as displaying Northern cultures and design. The exhibition itself will be held in the summer of 2018, with significant funding and planning being poured into the event.

The Government is providing £20m in funding toward the event, with £5m toward the exhibition alone, and £15m contributed to create a legacy fund, with the aim of attracting more cultural investment within the North of England. Former UK Chancellor George Osborne’s “Northern Powerhouse” initiative aimed to strengthen economic growth within the North of England, particularly in “core cities” such as Sheffield, Liverpool, Manchester, Leeds and Newcastle, and within this initiative, the idea of the Great Exhibition was conceived.

Newcastle and Gateshead’s bid, entitled “The Blazing World – The Fires of Invention”, leans heavily on the North’s economic and social relationship with heavy industry, as well as the innovative and creative creations that have come after the UK’s shift away from industrial economy at the cusp of the 21st Century. The bid itself reads as follows: “inspired by the trailblazers of the North, the exhibition will have several cross-cutting themes for all to respond to, showing how the North’s fires of invention continue to transform our world.”

This bid was endorsed by the North East Culture Partnership, consisting of the twelve local authorities, local entrepreneurial businesses, and the five local universities. Whilst Newcastle and Northumbria Universities will be the most heavily involved, the universities of Teeside, Sunderland and Durham will also be critically engaged in creating these events.

A key theme is visible here – that of the North’s connected nature, which can be seen through use of both Newcastle and Gateshead, as well as the universities, wider education, arts and industrial sectors of the rest of Tyneside, Teeside and Wearside. The bid indicates: “Crucially, we will connect artists with scientists and inventors to work closely together, to create new artworks and respond to the great innovations of our time.

"Arts will meet industry in powerful and memorable ways.”

And this will be seen through their links with Newcastle University’s Open Lab and Culture Lab, as well as Northumbria University’s Northern Design Centre.

These spaces will provide the required areas for disseminating information and knowledge, particularly in digital applications – the judging panel, in particular, were impressed by the Newcastle-Gateshead bid’s use of pioneering virtual reality technologies.

As a focal point, the Great North Museum: Hancock will be connected through to other prominent buildings in the two cities.

Three walking circuits will connect the museum to buildings such as The Sage Gateshead and the BALTIC gallery, and transport will assist in connecting the city and those further out.

Carol Bell, the Culture and Major Events Director of the leading developer of the bid, NewcastleGateshead Initiative, aims to extend these partnerships “right across the North of England to shine a spotlight on our collective cultural assets and strengths.”

She added: “Together we will develop and stage an event that the whole of the North can be proud of and which we hope will have far-reaching benefits for culture, communities, tourism and businesses – in 2018 and beyond.”

These partnerships hope to create a programme to offer opportunities to university-based artists and practitioners, in order to allow higher education institutions and those involved within them to contribute to the Exhibition.

Digital and Culture Minister, Matt Hancock, was “thrilled” to have received offers from all bidders, and believes that as the successful bid, Newcastle and Gateshead’s exhibition “will leave an important legacy to benefit the whole country”. 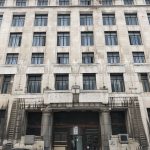 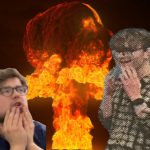 Courier Update 1st April 2021: For whom the Bell tolls

Meet your 2022/2023 Sabbatical and Liberation Officers 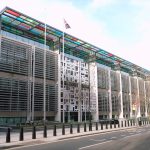 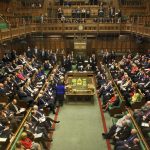 The 18-storey tower block that could destroy Quayside views 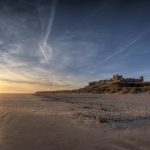