Aimee Seddon previews Celebrity Apprentice which is coming to BBC One soon.

This week the BBC announced the line-up for this year’s Celebrity Apprentice, as part of Comic Relief 2019. As always the show will be hosted by Lord Sugar, with the help of Baroness Karen Brady and Claude Littner, however the battling castmates will of course look a lot more familiar than normal. The two-part Comic Relief Special is making its comeback after a ten-year break, with the two groups battling to raise the most money for Comic Relief.

Making up the girl’s team is TV Presenter, actress and Britain’s Got Talent host Amanda Holden, who said “I’m ready to take a step away from the judging panel to compete, and I’m thrilled to be taking part. I’m sure the girls' team will be victorious!” Fellow talent-show judge, Ayda Williams of the X Factor, and wife to Robbie Williams, will also be taking part, as will Kelly Hoppen, interior designer for the stars and ex Dragon’s Den Dragon, as well as journalist and broadcaster, Rachel Johnson, sister to Boris Johnson. Having been the second to be evicted on last year’s Celebrity Big Brother, will Rachel be more successful this time round? The final contestant is actress and comedian Tameka Empson, best known for playing Kim Fox on BBC’s EastEnders, who boldly stated “I am ready to prove to Lord Sugar that I’m someone not to be messed with when it comes to a business challenge!”

On the opposing team there’s comedian and actor Omid Djalili, who has appeared in smash-hit films such as The Mummy, Gladiator and Pirates of the Caribbean: At World’s End. Joining Djalili is fellow comedian Russell Kane, a likely fan favourite, and Richard Arnold, journalist and TV presenter, who says he will take on the battle of the boardroom “with all the bombast of a seasoned showbiz veteran of 25 years”. Television presenter Rylan Clarke-Neal will also be hoping his gift of the gab will work in the boardroom. Completing the boy’s team is ex-manager of football teams such as England and Everton, Sam Allardyce. Newbie to reality TV, ‘Big Sam’ says he hopes his “managerial experience” will help him succeed.

With an impressive fleet of celebrities, from an interesting array of backgrounds, viewers are surely in for an entertaining show. Let’s just hope they raise enough money for Comic Relief!
Celebrity Apprentice for Comic Relief will air on BBC One on Thursday 7th and Friday 8th March at 9pm, as a two-part special ahead of Red Nose Day. 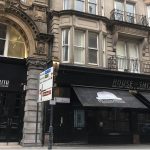 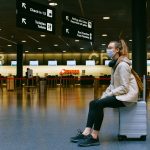 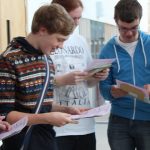 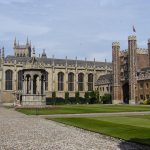 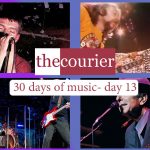 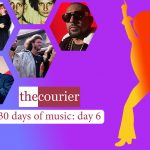