Review: The Man in the High Castle, Season 3

The Man in the High Castle has never been a show you want to watch if you want to elevate your mood. Taking place in an alternate world where the Axis has won World War II and the United States is split between Nazi Germany and Imperial Japan, its storyline has always been as intriguing as it is dark.

It’s been a while since season two ended and with the story and characters as complex as they are, Amazon did a good thing by producing a half an hour recap episode of the previous two years. The biggest addition to the cast this year was Jason O’Mara as black marketeer Wyatt Price – his is a curious storyline that reaches a surprising ending with the finale.

But by far, among the actors on the show, the best of them was Rufus Sewell as John Smith. His poise and the panache with which he carries the character and all the varying emotions that he feels grappling with a burgeoning political career and a destructive personal life is beyond impressive.

Alexa Davalos, Joel De La Fuente and Cary Hioyuki-Tagawa all make good on their screen-time as Juliana Craine, Chief Inspector Kido and Trade Minister Tagomi but none of them hold a candle to Sewell. Bella Heathcoate, who made waves last season as Nicole Dormer is a recurring addition this year and delivers a solid performance her new storyline.

The theme for this season changed significantly from previous years. The last season ended on a cliff-hanger when there was a mysterious reappearance of Trudy Craine – Juliana’s sister – played by Conor Leslie. It sets the stage almost perfectly for a season that explores the science-fiction behind the show. Time travel is an aspect that, in conjunction with the films which form the central crux of the show, shows the various characters living out alternate lives – either by travelling to them like Trudy and Tagomi – or through the films.

The imagery evoked can sometimes be more powerful than anything else on the show when the films are personal to the character – something especially mirrored when John Smith sees himself on film listening to Martin Luther King Jr. while drinking coke with his son. The show also does a good job exploring hitherto unexplored characters and storylines.

Helen Smith (Chelah Horsdal) has a beautiful arc in the storyline of the grieving mother who has to fit into Nazi stereotypes of the ideal woman. While most of the story was set in the Japanese Pacific States and the Greater Nazi Reich in seasons one and two, this year sees the Neutral Zone explored in all its glory. It typifies a Wild West narrative where freedom is there for a cost and where every step could turn out to be a misstep. Homosexuality in the setting of contrasting social scenarios is an interesting scenario that is explored with the characters of Ed McCarthy (DJ Qualls) and Nicole Dormer.

All in all, this season of The Man In High Castle tries to undo some of the damage that season two did when it ran a little like a headless chicken. It’s going to take more than a single season to tie all the loose ends of the story together given the multitude of characters and storylines, but season three is a clear step in that direction. Definitely a worthwhile watch – especially considering how good the finale was! 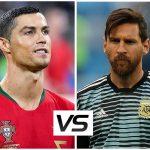 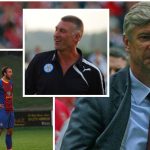 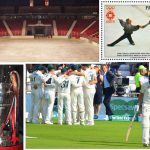 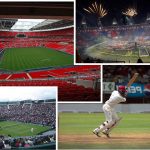 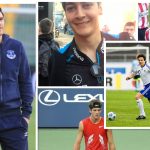 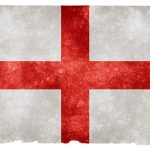 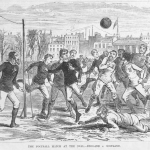