It’s the classic Early Birds versus Night Owls, Noor Behzad- Noori and Siobhan Fuller fight that age-old battle of who has the better sleep cycle .

It’s a decision that all students must face at some point; do I get up now, have a productive day, go to all my seminars and lectures? OR shall I roll back over in my oh-so-warm and luxurious bed where I know I can sleep through this hangover and sleep through that bloody seminar where I’d have to sit in awkward silence because I fell asleep half-way through the reading last night. In student beds all across the world, these conversations are going round and round and will continue to do so for the rest of time. Here in the Lifestyle section, since we love to address the REAL AND HUGELY IMPORTANT ISSUES of student life, we’ve got a showdown. Now we can  see who is really having a better time.

I love a good lie in as much as the next person but as a general rule, I will forever be an early riser. If you’re already recoiling and crinkling your nose in disgust, bear with me. First things first, with exams rolling around and deadlines looming, the workload suddenly seems to tower over us. It definitely feels like there aren’t enough hours in the day, even after spending more time in Robbo than anywhere else. Opening Blackboard at nine in the morning might sound thoroughly unappealing but in only a few hours, you can begin to plough through that mountain of reading before most people have even left their beds.

"Opening Blackboard at nine in the morning might sound thoroughly unappealing but in only a few hours, you can begin to plough through that mountain of reading before most people have even left their beds"

I’m also a huge fan of the ‘to­do’ list; although it may be slightly sad, I love being able to tick things off and feel like I’ve been productive. Getting up that little bit earlier means you can start your day getting through all those things you have to do that you’ve been putting off, and the rest of the afternoon is yours. If the idea of changing your alarm from PM to AM horrifies you, try it just for weekdays. After less than a month, you will find it becomes a habit and you naturally wake up as your body clock adjusts. Plus, you’ll definitely appreciate the well­deserved relaxing start to your weekends a lot more.

Now for the quick science­y bit: research shows that early risers are less likely to be stressed as a result of having time to plan their day, being productive and getting into a regular sleeping pattern. It also lowers cortisol levels, which is really good if you’re trying to lose a bit of weight because cortisol is the hormone that causes lower belly fat. So I’m not technically saying that waking up early makes you skinny but I’m all for using sleep as part of weight loss.

As students, we’re pretty lucky with our timetables. Some of us, particularly humanities students, don’t have to be in until the afternoon for our lectures (sorry medics) and we’d be lying if we said we went to every single one. When deadlines aren’t hanging over us, it’s actually a pretty leisurely lifestyle. Come graduation and we’re thrown into the real world of Monday to Friday, nine until five when we actually have to be somewhere. I’d much rather get into the habit now because the idea of entering the real world is terrifying enough without seeing 7am as the eighth deadly sin.

Although these are all logical points, some people might still favour those long mornings curled up in bed. I have one further argument for you: breakfast. I’m not talking about a dull bowl of Weetabix or a stolen piece of your flatmate’s toast. In Newcastle, you’re never more than a walk away from a full fry up or a huge plate of pancakes because breakfast food is in every cafe and restaurant in the city. I cannot think of anything better to wake up to than the prospect of Eggs Benedict from Arlo’s in Jesmond or croissants from Olive and Bean. Let’s be honest, it’s the perfect hangover cure too and definitely worth giving the snooze button a miss.

All in all, if you’re still skeptical, getting up early doesn’t mean you can’t nap later on. And I never said I wasn’t an advocate of napping.

As I write this, I haven’t slept in over 24 hours yet still appear to be going strong. To those who actually have a structured sleeping pattern - why are you so scared of everything?

We don’t get tired on nights out. Nobody wants to be that person who leaves early. Us nocturnal owls are always the last ones standing, which automatically makes us more fun. We’re never ready to leave when the club closes for the night - for us 3am is only the start of the day. Why is everyone always tired and ready to go home when we’re just starting to have fun?

"Nobody wants to be that person who leaves early. Us nocturnal owls are always the last ones standing, which automatically makes us more fun"

Time zones don’t affect us We can adjust perfectly regardless of where we are in the world. What even is jet lag? Wherever we may be, us night owls legit have the situation under control. That is unless we’re flying in the other direction of the world where you have to go to sleep at the equivalent of 6pm... Then we’re screwed.

Being awake when the world is asleep imposes some serious self-reflection “Why have I suddenly become a philosopher at 3am?” “It’s 2am and I need food.” “I think my tutors get confused when I email them about work at 4 in the morning.

We’ve resorted to extreme measures When your friends struggle with pulling an all-nighter before a deadline - mate, it’s a lifestyle. We’re often forced to employ our pals as human alarms seeing as we continuously sleep in and miss every single one we’ve set.

It’s so rewarding when you successfully make something I’m just as shocked as everyone else whenever I turn up to a 9am, or anything before 12. How about the several times we’ve accidentally left people stranded somewhere, waiting for us to meet them, due to sleeping in and missing our 4000 alarms? Which brings me onto my next point…

You know you’re important to us when we wake up early for you. Sacrificing our sleep during the morning, the time we actually should be up and functioning but just don’t want to, is one of life’s hardest tasks. Just know that we love you if we wake up for you.

There’s no hope Sleeping pills? Been there done that. You name it - we’ve tried it all. We want to sleep. We really do. But we’ve accepted our destiny - there’s nothing that can be done. Going to bed early and waking up early just isn’t a realistic option. And that’s the student lifestyle we just have to adapt to! 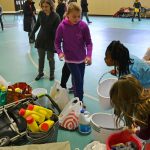 What attempts to promote student community service get wrong 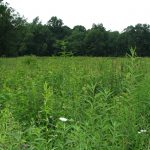 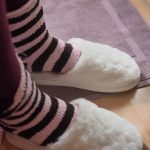 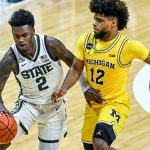 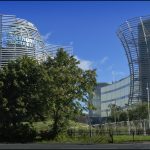 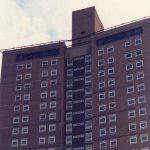 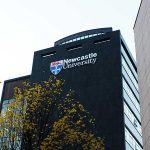 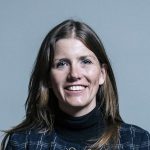