Struggling for something to watch on Netflix? Callum Costello gives us his top five films currently on the streaming platform:

1. Hunt for the Wilderpeople

It’s been a seismic rise for Taika Waititi - from indie darling to director of Thor: Ragnarok in just ten years, he’s established himself as one of the unique talents working in film today. Before directing hammer wielding gods, he cooked up Hunt for the Wilderpeople which follows juvenile delinquent and amateur bad-boy Ricky Baker as he flees to the woods from child welfare. The highest grossing film in the history of New Zealand, this comedy road movie has a heart of gold and an unforgettable performance by young lead Julian Dennison.

If you’ve ever felt outraged by the behaviour of the one percent then you owe it to yourself to watch The Big Short. Concerning the global financial crisis of 2007, it’s a film that on paper shouldn’t work yet is hands down one of the most intelligent pieces of cinema you’ll ever see. Following a half dozen players in the investment industry, it spectacularly deconstructs how the markets crashed and why we live in a time of absolute corruption - all the while being slick, poignant and digestible. The only film I’ve ever seen which left me astounded, entertained and infuriated all at the same time.

One of my favourite things about streaming is the access it grants us to world cinema. There are some spectacular ‘international’ films available to watch on Netflix and with that in mind I want to offer up Japanese thriller Battle Royale. Set in dystopian Japan, it takes entire school classes of restless youths and pits them against one another in a fight to the death - last man or woman standing is the winner. As controversial now as it was then and still holding up well, it’s one of the essential titles of the Japanese new wave and an ultra violent cult classic.

There are more documentaries on Netflix than any other genre of film and with that quantity of content comes a lack of quality control. Amidst the sub-par filler there are some hidden gems like Hoop Dreams, Thin Blue Line and Mea Maxima Culpa but my pick is Tickling Giants which follows the fate of political satirist Bassem Youssef during the 2011 Egyptian revolution. A preconception bursting thrill ride, it follows Youssef’s quick rise from heart surgeon to ‘Egyptian Jon Stewart’ through to his censorship and ultimate exile - all against the backdrop of the Arab Spring at its peak. Documentary filmmaking at its absolute best.

I’d be remiss if I didn’t shine a light on one of the classics in the Netflix catalogue, and whilst I felt uncomfortable recommending any Woody Allen right now, I had no problem offering one of the all time greatest cult films, Walter Hill’s classic The Warriors. Set in gang infested New York, it follows the titular group as they have to fight their way thirty miles back to safe ground on Coney Island. Notorious on release and legendary in retrospect, it’s, impossibly cool and hugely entertaining - the quintessential cult film. 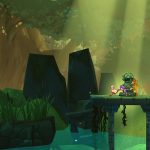 Shu: Platforming excellence from the North-East 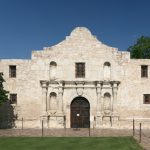