Villain to hero: redemption arc of the century

Tilly Williams discusses the redemption arc of one of TV's most iconic vampires in Buffy the Vampire Slayer's Spike.

A lot of TV shows start off with characters that we can't stand, but then as the show progresses, you end up loving them, and that was certainly the case for me with Buffy the Vampire Slayer. Warning: spoilers ahead! Spike, one of my favourite anti-heroes in all of TV history begins as a soulless vampire who ends up saving the world.

He’s a vampire who had killed two former slayers in a band of four vampires, his girlfriend Drusilla, Angel and Darla, who spread chaos across Europe. In his first episode he take plans to kill the current slayer and open the gates of hell. His alliance swiftly shifts in this season as his rivalry with Angel strengthens, deciding he only wants to run away with his girlfriend instead of causing hell on earth, joining the slayer. During the final fight he knocks out Drusilla and leaves Buffy behind to run away stating “he’s gonna kill her” then shrugging and escaping. He returns having a chip implanted in his head meaning he can only harm demons, missing the rush of fighting, he joins the slayer.

A key difference between Spike and other vampires is his capacity for love, which according to lore he should not be able to experience

We start to learn more of his backstory, in which he starts off as a failing poet in 1880 known as William “the bloody” because of his “bloody awful poetry”. Having an obsession with a girl writing her terrible poetry and living with his sick mother, he is then turned into a vampire by Drusilla, who offers to take him across the world on murder sprees, to which he replied that he wants to take his mum. Upon returning home he turns his mother to cure her from her TB, as a vampire, his mother without a soul, ridicules him to the extent that Spike is forced to stake her as he couldn’t bear to see her that way. She lacks emotions such as compassion or love like all vampires, aside from Spike, something he never truly recovers from until the very last season. A key difference between Spike and other vampires is his capacity for love, which according to lore he should not be able to experience, and this is shown numerous times with Drusilla and eventually Buffy. When Buffy learns of his feelings she un-invites him from her house, hurting him to the extent he has a robot of Buffy built.

Buffy’s sister has grown close to Spike and he risks his life saving hers, which regains Buffy’s trust and allows him back to the group. Season 6 however shows a new, darker side to Spike. Buffy starts to use Spike for sex which leads to her calling it off as she realises how much it’s hurting him. He becomes desperate to win her back and assaults her, then is immediately horrified by his actions. Ridden with guilt he flees to Africa to earn his soul.

You know he’s been pure evil, yet watching his numerous redemption arcs and his eventual decision to save the world makes it hard to dislike him

Doing this turns him insane with guilt, begging Buffy to stake him, although she refuses and helps him to find purpose and strive to do good. In the final fight, it’s revealed Spike is the chosen one and can close the Hellmouth but will destroy him in the process. As this takes place Buffy turns to him and tells him for the first time “I love you” to which he replies, “No you don’t, but thanks for saying it” and dies saving the world from hell.

What’s interesting about this character is that you know he’s been pure evil, yet watching his numerous redemption arcs and his eventual decision to save the world makes it hard to dislike him in his final moments. Watching flashbacks of him with his mother, you can’t help but feel sorry for him, even when he talks about how he’s killed numerous children for the rush. He starts as an evil character, yet still manages to prove to the audience he is redeemable and makes us feel sorry for him. He ends up dying a tragic hero, going from leaving Buffy to die because he just didn’t care, to laying his life down for her, from obsessing over her love to the point he builds a robot, to accepting that she never will love him yet still protecting her life selflessly. 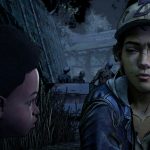 The future of Telltale 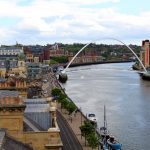 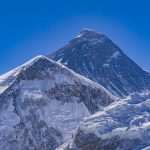 Himalayans visible for the first time in 30 years 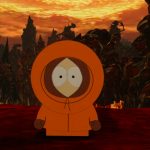 Movies based on TV shows - is it ever a good idea? 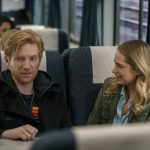 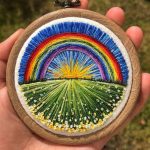 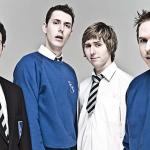