Lego launchers, eco-glue, robots, apps and more! The annual science fair is not an average day for the President of the United States. The self proclaimed “science guy” started the event 6 years ago and early in April the White House welcomed the next generation of scientists and researchers.

The students came in force, over 130 of them, armed to the teeth with inventions, charts, and graphs for the President and his guests to admire.

The event started in 2010 and 40 students participated. Now, 6 years later, the fair has expanded to include more than 130 students from over 30 states. It is not your usual science fair either; forget the clichéd papier-mâché, vinegar and baking soda volcanoes. The students came with all sorts of weird and wacky inventions, some with potential for serious world impact. On the weirder side of things, a student presented a waste-eating robot, and another a marshmallow launcher, which led the President to say, “Some of the best moments that I’ve had as president have involved science and our annual science fair. I mean, I have shot a marshmallow out of a cannon directly under Lincoln’s portrait”.

The fair aims to “remind us that together through science we can tackle some of the biggest challenges we face,” in Barack Obama’s words, and this was clear as other inventions included diagnostic tests for Ebola, undersea cement seals for offshore oil wells to prevent oil spills, and sea-wave energy generating devices. If you want to feel as though you have achieved nothing with your life it’s worth a visit as all participants are less than 18 years old!

“The best moments that I’ve had as president have involved science... I have shot a marshmallow out of a cannon directly under Lincoln’s portrait”

The projects demonstrate creativity and innovation in science, technology, computer science, engineering and maths. “I’ve just been able to see the unbelievable ingenuity and passion and curiosity and brain power of America’s next generation, and all the cool things that they do,” the President said.

The fair serves to inspire the next generation of scientists, particularly young girls and minorities. The White House has made an effort to include these groups, as “Women and minorities have been left out of science to a large degree”, Dr. Jo Handelsman, a member of the White House Office of Science and Technology Policy says.

The fair has also seen a shift in the types of inventions. There has been a move towards computer science, specifically applications for mobile devices and computers. The students have developed apps to help LGBT children and adolescents, as well as cancer patients, and those with dyslexia.

As well as the President, famous scientists and other big wig attendees included TV science stars such as Adam Savage from Mythbusters, and Bill Nye, the science guy. There was even an astronaut!

The event was also a platform for the president to cite progress on the Government’s campaign to improve science and maths education. The nation is now half way to its goal of 100,000 new maths and science teachers by 2021 and through the science fair $1 billion of private investment for science and maths has been achieved.

However, the President was not without scepticism, “I’ve also, by the way, had a chance to see an alarming number of robots.” Which, is probably just as well for humanities sake! 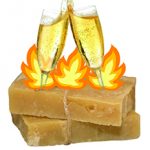 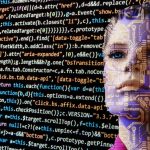 The best new technology that is taking over the world 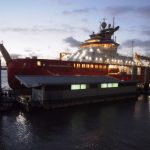 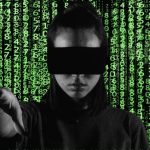 Meta-morphosing: what will our world become? 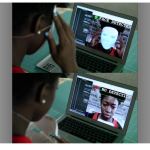 Robo-racism: the truth about AI bias

Where to draw the line when sharing your relationship online 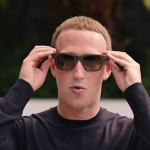 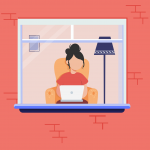