Music Editor Jamie Shepherd spoke to Mercury Music Prize nominees Wolf Alice at the start of their European tour and before the Mercury Prize announcements. They talked sleep-pissing, bar-room brawls, and their favourite items on the Greggs menu

My nana always asks me this whenever I go anywhere, but how’s the weather in France?

I’d describe it as “European Grey”.

Believe it or not it’s very sunny in Tyneside.

I sleep what? OH! Yeah. I pissed on Joff

Yeah, I know mate. Being from around these parts I’m pretty surprised myself. This never happens round here. Especially not in November.  Enough about the weather though. The last time you guys were in Newcastle, Ellie and Joff told us that you accidentally sleep-weed in the tour-bus.

I sleep what? OH! Yeah. I pissed on Joff.

Is that something that’s going to be a concern this tour?

I bloody hope not! It was the first time we’d been on a sleeper and I didn’t know where we were. So I got up to take a leak and then pissed on Joff. We’re in a better bus this time. If I piss in that I’ll get in trouble.

What do you think set you off that time? Was it the motion of the van or was it completely static?

Narr, I literally just didn’t know where I was.  I was drunk and needed a wee. I didn’t know what I’d done until the morning until Joff told me.

Don’t worry about it, mate. I’m a notorious sleep pisser. I feel your pain. I once pissed myself at a house party on a giant mattress with loads of people sleeping on it so there’s no shame here. Anyways, I’ll get on with the interview. I’m not gonna tell you my life story. So you’re on tour with the Fat White Family.

Oooh really? Well give them a wave from me. In terms of going hard and partying, who do you think is the biggest rabble-rouser out of the two of you? Is it Fat Whites or is it Wolf Alice?

Do you think Wolf Alice are in the innings to be the biggest partiers out of the two though?

Narr, I reckon we’ll get outdone.

This whole interview’s part of a feature we’re doing on the Mercury Music Prize and last time when we spoke to Ellie and Joff the nominations weren’t out in full, but you guys were in the running. They both said that they though Jamie XX, Everything Everything, Florence and the Machine, Drenge and Blur were going to be in the shortlist. Were there any surprises with the final shortlist?

There’s a couple I didn’t know of as artists before and I was surprised that Everything Everything didn’t get on the list. I would have loved for Drenge’s record to have got on the list. I think the Mercury music prize has a good knack of not going for the obvious and doing something a bit different. It’s a very current and interesting list.

Totally, it’s a very very diverse list. Where were you when you found out that Wolf Alice were on the shortlist?

We were in San Diego at a gig. We were sat in a place called The Chapel outside the tour bus and we were very excited.

Not to go all therapist on you, but describe your feelings when you guys got the news.

Aww man, it was amazing! We just had a big hug and screamed. You never really expect something like this to happen to you. That’s not a very rock & roll answer. We had a hug and then played a gig haha.

No, not at all! Sometimes a hug is quite rock & roll. I think it’s quite an underrated thing. Who in the band reacted the craziest to the news?

Ermm… me. It’s always me. I’m massively bad at over-reacting.

Were ya mam and dad happy that you’d won?

If you guys actually won, and fingers crossed for you, how do you think you’ll celebrate?

What on… dare I ask?

Sweets… is that what they’re calling them now.

Ermm… no. I really don’t know what we’ll spend it on but the party will last a while. We’ll make it last as longs as we can.

I’d be like “How, Florence get the fuck over here? We need ya!”

Okay, hypothetical situation and you didn’t win and tempers ran a bit high in the award room and Wolf Alice got in a bar brawl. Which other nominee would you like to have in your team and why?

I don’t think we’d every try and fight anyone. We’re pretty shit at that. Joff’s usually good if you need a hand in something like this but we’re not great at it.

Okay, say you needed back up, someone was starting on you or something. Who would you call for help.

If I needed back up in a fight… hmmm…ermmm… Florence. I’d be like “How, Florence get the fuck over here? We need ya!”. Well obviously I wouldn’t do tha but no! I dunno! It’s a weird question. “Who would I get in a fight?”. Well if it was out of Florence and the Machine and Jamie XX it would be Florence, wouldn’t it. She’ll get them with a cake or something.

And obviously she’s got machine in the name. She’s got to be solid with a name like that.

Well her band is the machine.

Aye. In terms of past winners of the Mercury Prize, who sticks in your mind?

I remember when Dizzee Rascal won for Boy in da Corner and that was amazing.

Eee god, I remember that. That was bloody ages ago.

I remember when Elbow won that year and when Klaxons won with Myths of the Near Future. That was sick.

The NME described you in an article released in September as the band that could change your life. Which bands changed your life?

Queens of the Stone Age changed my life. They were the first band where I was like “ I wanna do what they’ re doing” and make that kinda music . Then I suppose there was the 13th Floor Elevators and then I really liked The Horrors. I got really obsessed with them. I don’ t know about everyone else as they’ve all got individual influences but I think Queen of the Stone Ages are someone we all really appreciate.

We ask everyone this because we’ re based in Newcastle and Newcastle is famous for being the home place of Greggs. What’ s your favourite item on the Greggs menu and why?

Well there’s definitely a winner in that. Whether it’s a Grand National winner or the pastry and beef combination. Who knows. Well, this whole interview was leading up that question. That’s all I’ve got for you, Theo!

Cheers man. Thanks a lot. Tell everyone in Newcastle we love them.

Oh don’t worry. I’ll be sure to pass the message on personally.

Why Kendrick’s Auntie Diaries is so Empowering 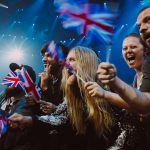 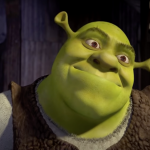 Shrek: The Soundtrack that Beats the Film

An introduction to L Devine 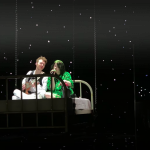 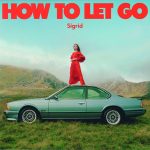