Superfood returned to Newcastle offering the Geordie land contemporary and eccentric material which can only be described as utterly infectious. Surging immediately into 2017 Bambino track ‘Where’s The Bass Amp’, the groovy, childlike background samples of, “I-said-a-boom-chicka-boom”, got the whole of Think Tank boogieing from the go.

Superfood exuberated their revised harmonies, with a wide range of funky elements transitioning from the vaunting, crooked alternative melody of ‘Need A Little Spider’ to the cloudy, nebulous composition for ‘C Is for Colour’. Inevitably, there were playful nods to their preceding work with ‘Mood Bomb’ and ‘TV’, which was definitely nostalgic for most of the crowd. Even with the juxtaposition of the two Superfood generations, there was a sense of solidarity and concordance to the set. It takes a vast amount of maturity and self-conscious artistry to recreate their temperament without eroding their primary work.

It was definitely telling that there was an atmosphere of elevated boldness moving forward from three years ago when they released their debut album Don’t Say That to Bambino. Ryan Malcom confirmed that the former wasn’t a “true representation of what we were into” and now they feel “more comfortable around each other”. Malcom exhibits Superfood’s new sound combining timeless guitar hooks, complemented by revolutionized quirks, whilst Dominic Ganderton navigated the audience to a different part of the Bambino album where tracks were more lighthearted and oozed an ambiance of optimism with ‘I Can’t See’ and ‘Natural Supersoul’.

there was a sense of humbleness in their venture from an insecure band to having a headstrong identity.

It is clear that the Newcastle audience fell in love with the rejuvenated version of Superfood. Nonetheless, the band concluded the show with the renowned, much-loved, classic ‘Superfood’ which encompasses everything they stand for – that hunky-dory coolness. Evidently, when the line, “raisins are like mysteries, gang of ten”, began there was a sense of humbleness in their venture from an insecure band to having a headstrong identity.

It is interesting to note that Whenyoung supported Superfood during their set and what a pleasant surprise they were, introducing themselves in vivid blue and red boiler suits that couldn’t be missed. They welcomed us to their ethereal new single ‘Actor’ with Aoife Power’s angelic voice captivating the venue. Definitely a band to recommend if The Fontaines or The Modern Strangers are your groove. Whenyoung were the perfect accompaniment to what would be a fierce come back for Superfood- definitely watch out for the boiler suits in 2018. 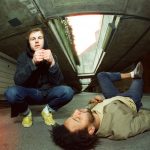 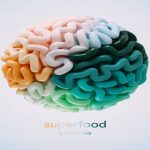 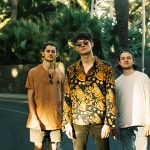 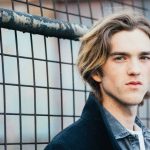 Jessarae: The singer-songwriter who is doing it his own way. 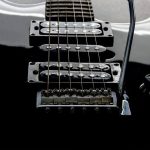