The problem of food waste & how to address it

Every year, one third of the food produced in the world gets lost or wasted. The UK produces an estimated 14 million tonnes of food waste each year, which is the highest amount in Europe. In 2015, UK households threw away £13.5 billion worth of edible foods – on average £540 per household.

It is clear to see that food waste is a major problem worldwide, and these statistics are only made even more staggering upon considering the living crisis and food poverty, in which it has been found that more than 2 million adults in the UK cannot afford to eat every day. We urgently need to tackle the problem of food waste and raise awareness of the irreversible damage it inflicts upon people’s personal health and the planet.

Food waste impacts the planet in a multitude of harmful ways, including through the production of greenhouse gases, such as methane. When food is thrown away, it is taken to landfills, where it begins to decompose and release methane gas. It has been found that methane is the primary contributor to the formation of ground-level ozone, a pollutant which causes 1 million premature deaths every year. Furthermore, methane has more than 80% times the warming power of carbon dioxide, which means that by cutting gas emissions, through reducing the amount of food waste going to landfill, we will have the opportunity to slow the rate of global warming.

Although, according to the EPA’s 2018 report, 36% of food waste is sent to landfills. So, what happens to the other 64%? Food waste happens long before it reaches the supermarket shelves, as it was found that the second biggest distribution of food waste is animal feed (21%), and UK farms account for 5 million tonnes of wasted food every year. This is largely to do with food supply chains, as farmers are concerned that they will lose their contracts with suppliers if they fail to produce an order, which causes an overproduction of crops and food. It is crucial that supermarkets begin to address these supply issues, and instead reward their farmers for sustainable practices.

What can we do to help?

Get friendly with your freezer – there’s not many foods that don’t freeze well, so before you throw something away, consider putting it in the freezer to preserve it for another day – even if it’s just half a loaf of bread – anything can help.

Leftovers – if you have leftovers, don’t throw them away. They are a great time (and money) saving way to enjoy your meal again the next day. If you don’t fancy having the same meal the next day, why not freeze your leftovers instead? You’re bound to thank yourself for it in the future!

Food waste apps – I’m sure we’ve all heard of food waste apps such as TooGoodToGo and Olio by now. They allow you to collect food at a discounted (or free) price, so that it gets eaten instead of wasted. Not only do these apps tackle food waste, but they are also fun – as the food you receive is usually a surprise.

Through education and addressing the problem of food waste, we can create a culture of sustainability. 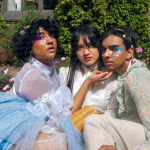 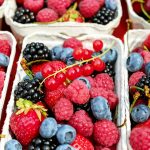 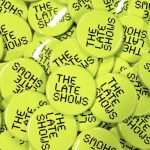 The Late Shows: My experience at The Biscuit Factory 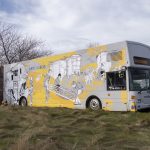 What's for Tea? Offsite Exhibition with BALTIC and Travelling Gallery 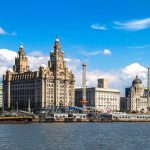 Stranger Things 4 - our last adventure into The Upside Down

Introduction to a North-East venue: Bobiks 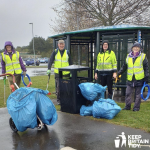